From Irrigation To Olympic Medals: Niti Aayog Draws Up Roadmap For Growth 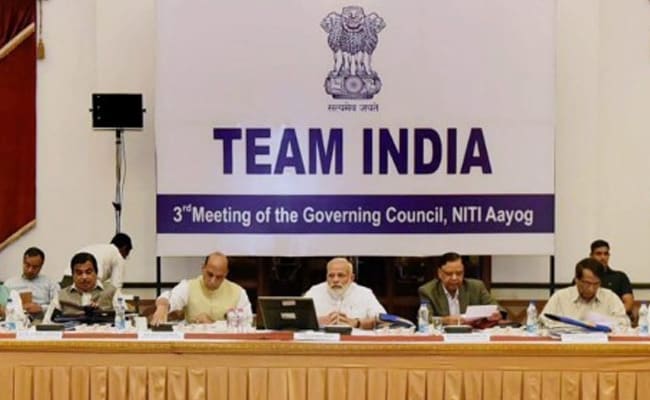 The day-long meeting plans to cover key initiatives to accelerate economic development of the country.

The National Institution for Transforming India, also called NITI Aayog, which is holding its third governing council meeting on Sunday, released 300 specific action points for accelerating the economic growth of the country. Under the chairmanship of Prime Minister Narendra Modi, the think tank outlined the "300 action points" as part of the government's 15-year long-term vision accompanied by a 7-year strategy and a 3-year action agenda.

Here are the latest developments at the Niti Aayog meeting:

Education: The think tank is also mulling reforms for medical education and technical education in India along with promotion of Indian systems of medicine and Homeopathy.