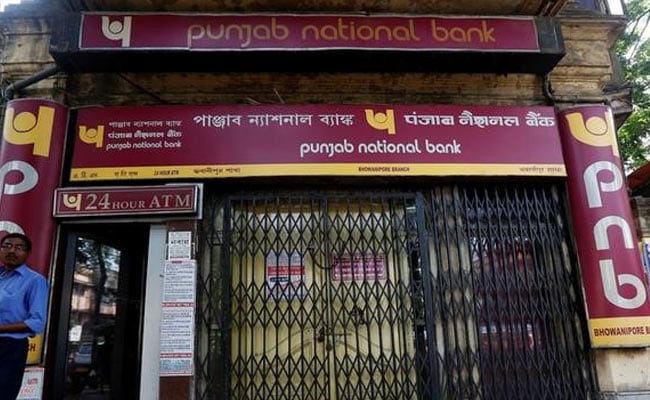 As of Monday, PNB stock had tumbled about 44% since the Nirav Modi fraud came to light.

MUMBAI/BENGALURU: Punjab National Bank (PNB) reported on Tuesday a Rs 13,417 crore ($1.98 billion) fourth-quarter net loss, the worst ever by a domestic lender, after its bad-loan provisions soared due to a massive fraud.

In what has been dubbed the biggest fraud in India's banking history, PNB - the second-biggest state-run lender and fourth-biggest overall - in February disclosed that two jeweller groups had defrauded it of more than $2 billion, raising credit overseas with fake guarantees issued by rogue PNB staff.

Police on Monday charged 22 people, including a former head of PNB and two of its current executive directors. A source familiar with the matter said more people were likely to be charged this week.

PNB's total provisions in the three months to March 31 more than tripled from a year earlier to Rs 20,353 crore, of which Rs 7,178 crore were due to the fraud, the bank said, as it set aside a higher-than-required sum for the fraud.

The lender, which has been allowed by the central bank to spread the fraud-related provisions over four quarters, said it would make the remaining Rs 7,178 crore of provisions due to the fraud in the three quarters that began on April 1.

A.K. Prabhakar, head of research at IDBI Capital, said the loss was not surprising given the fraud, although he added the worst was not yet over for the bank.

"The full write-off is not yet done," said Prabhakar, adding he would wait for comments from the management on growth prospects for the bank.

PNB's latest loss compared with a net profit of Rs 262 crore a year ago, and was higher than a Rs 5,367 crore loss it reported in the March 2016 quarter that had been the highest in the domestic banking sector.

Its gross bad loans as a percentage of total loans jumped to 18.38 per cent at the end of March from 12.11 per cent three months earlier and 12.53 per cent a year ago.

The central bank in February did away with half a dozen loan restructuring schemes in a surprise move to hasten a clean-up of near-record levels of soured loans and tightened some other rules, which has led to several banks disclosing more bad loans in the March quarter and reporting losses.

PNB earlier this month said it was targeting growth of over 10 per cent in loans and deposits in 2018/19 and that it had strengthened the process of credit underwriting and upgraded its systems to prevent further frauds.

PNB shares closed 3.8 per cent lower, having fallen as much as 6.4 per cent after the results.

Promoted
Listen to the latest songs, only on JioSaavn.com
As of Monday, the stock had tumbled about 44 per cent since the fraud came to light, making it the worst performer among all domestic bank stocks this year.
© Thomson Reuters 2018