Forty Days That Prompted Indian Companies To Write-Off A Quarter

From Thermax to Kalyani Steel Limited, companies are slowly being allowed to resume operations from Monday even though the lockdown has been extended for two weeks. 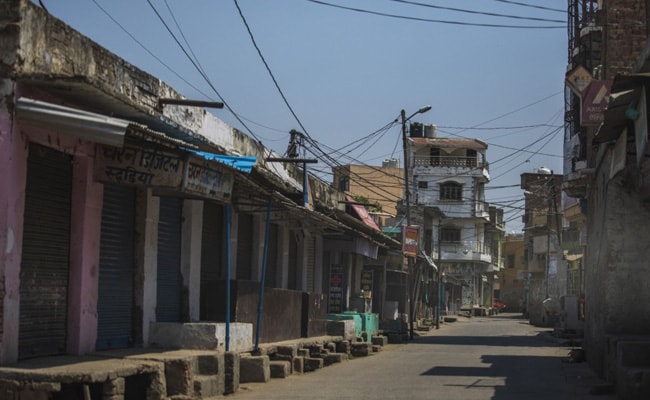 M.S. Unnikrishnan's main focus nowadays is to get his 10 factories in India up and running as the nation slowly starts to exit the world's strictest stay-at-home restrictions. Unnikrishnan, managing director of Thermax Ltd., a maker of energy efficient cooling equipment, is still awaiting permission to reopen three more. From Thermax to Kalyani Steel Limited, companies are slowly being allowed to resume operations from Monday even though the lockdown has been extended for two weeks.

Resumption of activity after almost 40 days won't help salvage economic growth this quarter -- or even the fiscal year-- as the lockdown decimated consumption, the main driver of Asia's third-largest economy. The majority of chief executive officers in a survey by the Confederation of Indian Industry expect domestic demand to take six to 12 months to return, while 45 per cent see economic normalcy to take more than a year after the lockdown ends.

"This quarter would be a write-off for entire India. By second quarter, we will learn to live with the disease," Unnikrishnan said in a phone interview on Sunday. "How fast can we restart the economy engine is the question right now."

It may not be fast enough. Factories that have opened are operating at about a third of their capacity and others are seeing demand for their products have evaporated. Star Cement, the most profitable maker of the construction material in India, saw demand fall 80 per cent at a factory it recently reopened.

Meanwhile top carmakers, that couldn't ship a single vehicle to dealers in April, are still not sure when they will be able to resume production.

The complete shutdown may result in a rare contraction in growth, according to economists. Mr Unnikrishnan said he expects localized lockdowns to happen more frequently.

India reported the biggest single-day spike in infections on May 3, recording more than 2,800 new cases, according to data from Johns Hopkins University. Those numbers now stand almost at 42,500 infections and almost 1,400 deaths.

"Covid-19 has had an unprecedented impact. It's the biggest risk as we look into the future," said Srinivas Phatak, Hindustan Unilever's chief financial officer in a post-earnings call with reporters last week. "It's difficult to estimate the pace of recovery. There's still a lot of disruption and business is not back to normal."

ITC, the country's largest cigarette maker, that also makes instant noodles, soaps and incense sticks, said it will work with local administrations to resume operations where possible with the stipulated precautions.

"The company is in a state of readiness for different scenarios," a spokesperson said in a text message. "It remains imperative that progressively the entire value chain from sourcing to manufacture to distribution functions optimally to scale up economic activity and generate the critical livelihood opportunities."

Industrial establishments in urban areas, including special economic zones, will be allowed to operate. That includes manufacturing units for essential goods, including drugs, pharmaceuticals and medical devices and IT hardware production, the Ministry of Home Affairs said in a statement on May 1.

About 50 kilometers (31 miles) north of Chennai, Niraj Shah, who runs a fabrication unit, wants to clear his inventory so he can restart his cash flow. Meanwhile his vendors want payment quickly. Shah is hoping the government will help small firms like his.