Raghuram Rajan May Be In Race For Top Post At Bank Of England: Report

Raghuram Rajan is currently a professor of Finance with the University of Chicago at Booth School of Business. 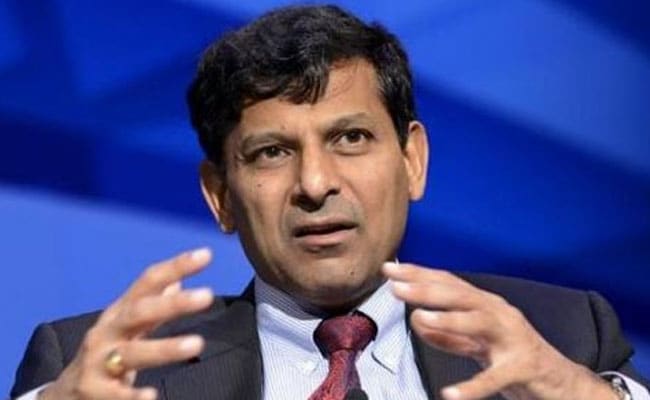 London: Raghuram Rajan, former Governor of the Reserve Bank of India, has been named as one of the possible contenders for the top job at the Bank of England (BoE), according to a report by UK-based Financial Times.

"Attracting Raghuram Rajan, the highly respected Chicago-based economist and former Reserve Bank of India Governor, would be a coup, as would securing Agustín Carstens, Mexico's central bank chief and the new general manager of the Bank of International Settlements," stated the article on Sunday.

It said that UK Chancellor and Exchequer Philip Hammond is starting the process to select the next Governor of the Bank of England to replace Mark Carney in 2019.

Hammond, according to the article, said he had already begun looking for candidates in forums such as the International Monetary Fund (IMF) spring meetings in Washington.

"The formal process has not yet started but I, and many other people I am sure, may have cast their eye around various rooms to see if any likely looking candidates hove into view," Hammond said on the sidelines of the meetings.

The article said that Hammond's comments showed his willingness to look abroad for Carney's successor and that he was seeking a figure who can make an impact on the global stage as the UK prepares for Brexit.

Rajan, who is currently a Professor of Finance with the University of Chicago at the Booth School of Business, was the RBI Governor between September 2013 and September 2016. He was the first non-westerner and the youngest Chief Economist and Director of Research at the IMF.

He also served as the Vice-Chairman at the Bank for International Settlements.

Another person that could be a candidate for the post is Indian-origin Baroness Shriti Vadera. "If Hammond follows his predecessor's instincts and wants a lively hard-hitter at the BoE, Shriti Vadera, the chair of Santander UK and a former business minister under Gordon Brown fits the bill," the report said.

Promoted
Listen to the latest songs, only on JioSaavn.com
According to the article, others in the running were: Chief executive of the UK's Financial Conduct Authority Andrew Bailey; Deputy Governor for Monetary Policy at the BoE, Ben Broadbent; BoE Chief Economist Andy Haldane; Director of the London School of Economics Minouche Shafik and Chief Executive of Britain's communications regulator Ofcom Sharon White.

India To Reduce Number Of State-Owned Banks From 12 To 5: Report