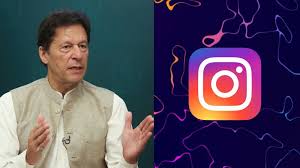 The Instagram account of Imran Khan, former Pakistani prime minister and chairman of the Pakistan Tehreek-e-Insaf (PTI), was briefly hacked on Monday.

The post praised Musk for giving three Bitcoins as a gift. Although Khan, a former Pakistan cricketer, has not yet issued an official statement, his supporters and party members have urged everyone to avoid the Instagram account and refrain from commenting on any photos.

The account was hacked, Dr Arslan Khalid, the party's social media head, told Dawn newspaper. He added that it was quickly restored with the aid of Meta, the parent company of Facebook and Instagram.

Dr Khalid said that he kept track of Khan's 7.4 million-follower account and that the hackers had provided a Bitcoin link to it. According to Khalid, the hackers also shared a screenshot of a tweet from Tesla CEO Elon Musk.

Last week, the Twitter account of Asad Umar, former Federal Planning Minister and secretary general of the PTI, was hacked. After a while, it was recovered.

In fact, Wozniak filed a lawsuit against YouTube and Google in July 2020 for using his name to promote Bitcoin giveaway scams. He lost the lawsuit nonetheless.

Hackers also used the official Twitter and YouTube accounts of the British Army in July to spread cryptocurrency giveaway scams.