India's forex reserves rose by $6.5 billion to $531.1 billion in the week through Oct 28, marking their biggest weekly increase since September 2021, data released by the Reserve Bank of India on Friday showed. 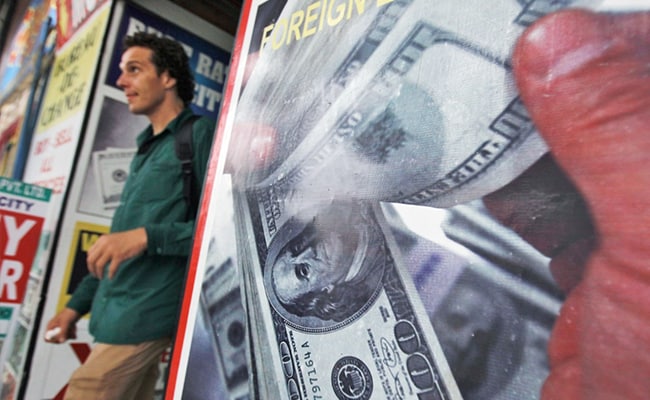 India's forex reserves rose to $531.1 billion in the week through Oct 28.(Representational))

The big jump in India's foreign exchange reserves in the last week of October was likely fuelled by the softer dollar and changes in the central bank's forward book, economists said today.

India's forex reserves rose by $6.5 billion to $531.1 billion in the week through Oct 28, marking their biggest weekly increase since September 2021, data released by the Reserve Bank of India (RBI) on Friday showed.

"This is predominantly due to revaluation changes on the back of the decline in the dollar," Vivek Kumar, an economist at QuantEco Research, said.

"Another thing that could have led to this is the changes in RBI's forward reserves."

He estimates revaluation changes can "at best" account for $3 billion of the total change in reserves.

In the week for which the data was released, the dollar fell about a percent against its peers, while long-term Treasury yields also declined.

In September, RBI governor Shaktikanta Das said valuation changes were responsible for about 67% of the drop in forex reserves in the first half of the current financial year.

Meanwhile, the RBI's latest monthly bulletin showed that while the central bank had a forward net dollar sales position of $8.2 billion of expiry less than one month as of Aug. 31, it had an outstanding dollar purchase position of $9.5 billion in the one-month to three-month bucket.

It could be that the RBI had taken delivery of the forward dollars at maturity, Kumar said.

Madan Sabnavis, chief economist at Bank of Baroda, said that while RBI mostly squares up their forward positions, if they took delivery of the forward dollar purchases, it would lead to an increase in reserves.

Madan Sabnavis said it was difficult to reconcile the weekly changes in reserves.

"Revaluation changes, portfolio flows and trade deficit flows are the key measurable to assess the trend on reserves."