For a Smoother Train Ride, This Centre Generates Design Ideas 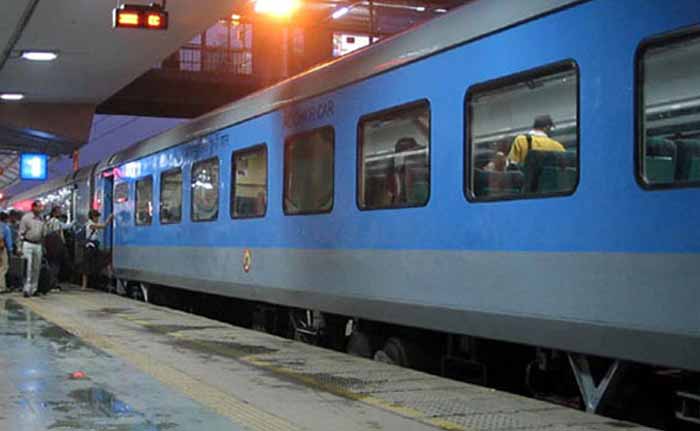 With the railway budget upon us, rail travel is on our minds. But for students and faculty at the National Institute of Design it is a year-round focus. Thanks to railway design centre at the institute's branches - specifically set up to give design ideas to the railways.

Making railway platforms and trains accessible to all - whatever their needs are - is the focus of one team.

Pratik Raj, a student, said printing railway tickets with Braille would make travel much easier for the visually impaired. His team mate, Saira Fabian, spoke of how LED lights on each coach giving the coach number and how long the halt was at the station would be of great benefit. They both described how attaching a ramp to the train, which could come down at stations, could be helpful - passengers can get up and down safely.

These are just some of the ideas from the National Institute of Design for making railway travel better - like touchscreen interaction right next to your berth. It is part of the edutainment project of the students. Arijit Dey and Vivek Mhatre, who worked on this idea, spoke of how an interactive screen between the windows of a coach could be used to order food, find out details about the next station and even catch up on the news.

Anamika had worked on turning travel into a gaming experience - points for keeping the carriage clean or flushing the toilet that could be converted into cash or ticket discounts.

The institute has also designed a ladder that could be easily fitted into a compartment that helps you climb right to the top berth much more easily. Senior faculty member Ravishankar said the ladder was in the prototype stage and should hopefully be ready for use very soon.

NID director Pradyumna Vyas told NDTV that he was excited by all the ideas generated by the students and faculty - all part of the institute's brief from the great Indian Railways to make travel better for the millions of passengers it carries daily. The railway ministry has given a financial grant to NID to help in design and development and the ideas will soon be presented before the railway minister.