Flexi-Fare System For Rajdhani, Shatabdi Trains To Be Tweaked 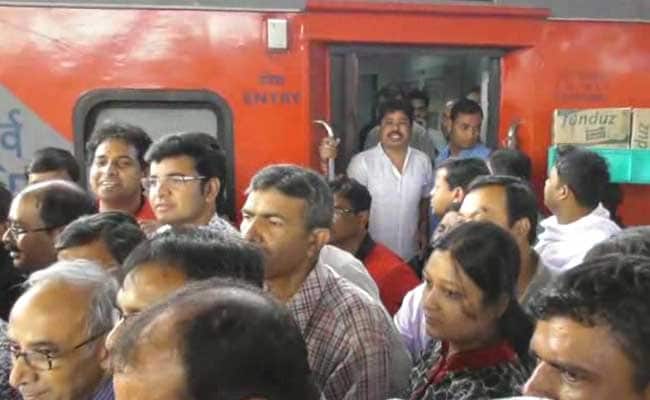 New Delhi: Railways will make changes in the flexi-fare structure for Rajdhani, Duronto and Shatabdi to fill up vacant berths in the premier trains.

According to the flexi-fare system, which came into force on September 9 last year, only 10 per cent of the seats are sold in the normal fare category and thereafter, prices increase by 10 per cent with every 10 per cent of berths sold, with a ceiling of 50 per cent.

Railways is considering either raising the basic fare by 15 per cent flat or reserving about 50 per cent berths in premier trains for normal fare.

Taking note of vacant seats in long-distance Rajdhani and Duronto trains and a few Shatabdis, Railway Minister Suresh Prabhu had sought a review of the system to make it more passenger-friendly.

Accordingly, a review was conducted and it indicated that revenue has increased at the cost of loss of occupancy in some of the trains and the Railway Minister wanted to rectify it, a senior Railway Ministry official said.

Various models are being discussed and a decision will be taken this month to revise the flexi-fare structure, he said.

Railways has earned about Rs 260 crore from the system till date and aims to touch the Rs 500 croe mark in a year.

"A few changes will be made to make the premier services more passenger-friendly so that the occupancy rate goes up," he added.

Promoted
Listen to the latest songs, only on JioSaavn.com
In December last year, railways had revised the flexi-fare system by offering 10 per cent rebate on vacant berths after finalisation of the reservation charts to attract last-minute passengers.