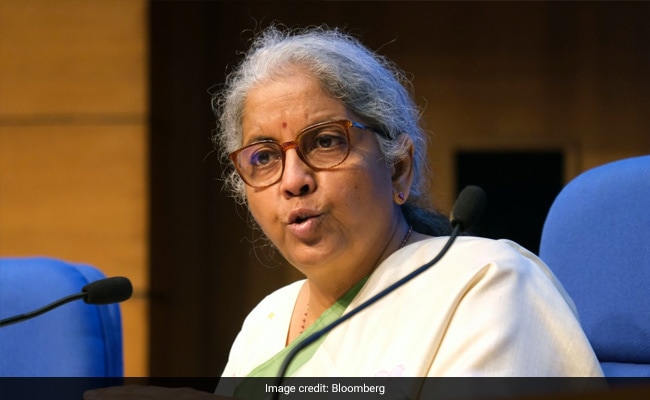 Finance minister Nirmala Sitharaman on Tuesday declined to comment on the corporate governance lapses in the National Stock exchange (NSE) as pointed out by an order by the Securities and Exchange Board of India (SEBI).

"On NSE, I have no comment to make on whether there was an adequate correctional step taken. I have no view this way or that until I get to the bottom of what is available before me. I am looking into it, but I won't be able to comment on it," she said, when asked for her comments on the matter during a press conference.

Earlier in an interview with The Economic Times, the finance minister had said that the government is examining whether market regulator SEBI has taken adequate action in the suspected corporate governance lapses at the country's biggest bourse, the NSE. (Also Read: Amid Probe Into NSE-Himalayan Yogi Link, Government Inquiry: 10 Points)

Central Bureau of Investigation (CBI) officials have already questioned the former NSE CEO Chitra Ramkrishna and her then adviser Anand Subramanian as a part of an investigation, news agency Reuters reported quoting a source. The officials also visited SEBI's office to collect documents related to the case, it added.

The CBI is stepping up its investigation of a 2018 case involving allegations that the NSE provided some high-frequency traders unfair access to speed up algorithmic trading.

The probe follows a February 11 order by SEBI that highlighted corporate governance lapses at the exchange. It had said that Ms Ramkrishna over the years shared confidential exchange data and sought advice from an outsider she described as a "Himalayan yogi".

The SEBI order said the former CEO "arbitrarily" appointed Subramanian as her adviser, adding that he had "no relevant experience".

The regulatory order said Ms Ramkrishna was "merely a puppet" of someone she described as an unnamed yogi in the Himalayas who "would manifest at will". SEBI has said the former CEO made an "incorrect and misleading submission" about the existence of a yogi.

Ms Ramkrishna was the managing director and CEO of the NSE between 2013 and 2016. She had quit citing "personal reasons".

On her part, Ms Ramkrishna told SEBI that she did not compromise the integrity of the exchange. NSE has said it is "committed to highest standards of governance and transparency", calling the issue "almost 6-9 years old".