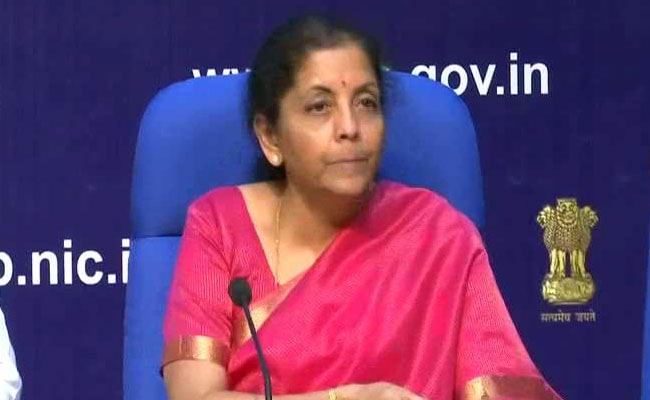 Finance Minister Nirmala Sitharaman said on Thursday that seven legislations under indirect taxation are being amended to ensure greater simplicity, as she moved the Finance Bill in the Lok Sabha.

She told the lower house of Parliament that amendments to laws are being made through the Finance Bill in five major categories, including in the Goods and Services Tax (GST).

The changes would ensure that indirect taxation-related matters would have greater simplicity and be effective, she said.

About proposed amendments to direct taxation-related laws, Ms Sitharaman said those are being done for furthering the agenda of Make in India, adding the country needs a lot more manufacturing activities.

The GST alone has five different amendments that would also make compliance easier for the MSME (Micro, Small and Medium Enterprises) sector, she added.

According to her, eight Acts pertaining to financial markets, including the Sebi Act, are being amended.

RSP member NK Premachandran objected to the Finance Bill having the provisions to amend a number of laws, including Benami Act, Sebi Act and PMLA Act, and urged Speaker Om Birla to disallow it.

A Finance Bill can only have taxation proposals, Mr Premachandran said, soon after the finance minister stood up to move the bill for consideration and passage.

He also accused the government of bypassing Parliament to avoid discussion and scrutiny for amending existing laws by including them in the bill.

Ms Sitharaman said rules and constitutional provisions cited by Mr Premchandran do not rule out non-taxation proposals for inclusion in the Finance Bill but only say that it should be done only when imperative.

"The government considers it very imperative," she asserted.

Mr Birla, in his ruling, disallowed Mr Premachandran's objections and said there have been occasions earlier as well when non-taxation proposals were included in the Finance Bill.