In a bid to woo farmers, poor and the marginalised, Finance Minister Piyush Goel on Friday announced the higher allocation of funds for their benefit. 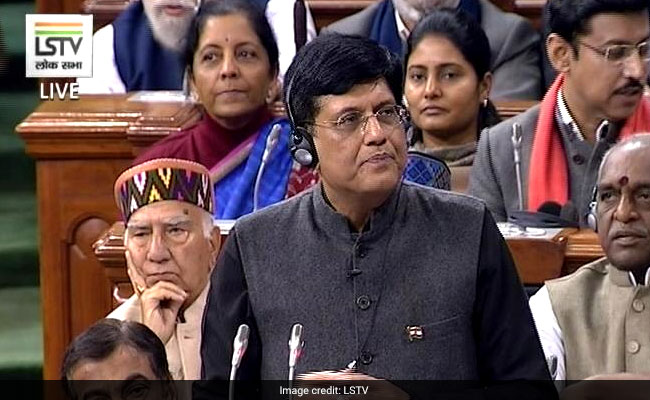 In a bid to woo farmers, poor and the marginalised, Finance Minister Piyush Goel on Friday announced the higher allocation of funds for their benefit.

While the Finance Minister made a landmark announcement of providing Rs 6,000 as assured income to poor and marginalised farmers annually, he also said that MNREGA allocation has been set at Rs 60,000 crore to create employment opportunities.

He also announced allocation and schemes for cow protection and increasing their productivity.

Presenting the Interim Budget during the Budget Session of the Parliament, Finance Minister Piyush Goyal said that Rs 1,70,000 crore has been spent by the government during 2018-19 to bring food at affordable rates to the poor. He added that Rs 60,000 crore has been set aside with regard to the employment guarantee scheme " MNREGA. If there is a need we will increase the allocation, Mr. Goyal said.

Targeted expenditure has been made by this government to improve the quality of life of the people in the villages. About 14.80 lakh habitats have been connected with pucca roads and poor children who used to earlier walk through broken lanes have now buses coming to their villages, Mr. Goyal said.

The Minister also mentioned that 21 AIIMSs are operating or have been established, 14 of these have been announced since 2014. He added that a new AIIMS will be provided to Haryana. Taking a political dig over the latest Lok Sabha bypoll result where BJP won the Jind seat, Mr. Goyal said that people in the state realise that this government performs.

He added efforts have been initiated to bring full representation for economically weak backward classes, by giving them reservation in jobs and education. In this regard, he clarified that addition two lakh seats in educational institutions are being created to accommodate this reservation so that existing seats are not affected.

Poor too have a right to the resources and opportunities. While keeping intact the reservation for SC/ST and OBC the government has now announced 10% reservation for the poor, Mr. Goyal said.

The Finance Minister also listed out the efforts by the government to cut down corruption and increase transparency. In this regard, he mentioned RERA and Benami Property Act as steps to curb black money and added that there has been a crackdown against economic offenders.

Piyush Goyal said that as a tribute to Mahatma Gandhi, world's largest behavioural change movement Swachh Bharat was initiated under which more than 98 per cent rural sanitation coverage has been achieved and more than 5.45 lakh villages declared Open Defecation Free.

(Except for the headline, this story has not been edited by NDTV staff and is published from a syndicated feed.)
Comments
BudgetBudget 2019