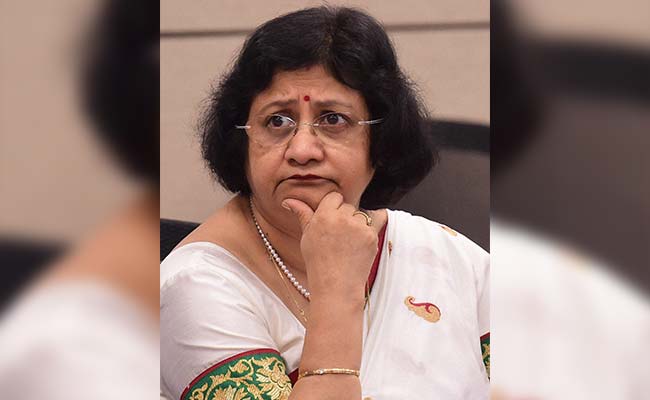 Ahead of the recently concluded assembly elections in Uttar Pradesh, the BJP had promised to bring in a loan waiver scheme for farmers in the state, if its voted to power.

"We feel that in case of a (farm) loan waiver there is always a fall in credit discipline because the people who get the waiver have expectations of future waivers as well. As such future loans given often remain unpaid," Ms Bhattacharya said on the sidelines of an event organised by Confederation of Indian Industry here.

"Today the loans will come back as the government will pay for it but when we disburse loans again then the farmers will wait for the next election expecting another waiver." She said the bank has not received any proposal to waive off farm loans in Uttar Pradesh.

Ms Bhattacharya said though it is important to support farmers but it has to be done in a way which does not disrupt credit discipline among them.

"When we are trying to ensure that the farmers do well it is important for us to make credit available to them so that they can leverage and do better and for that it is important to have credit discipline," Ms Bhattacharya said.

The country's largest lender had recently announced a one time settlement (OTS) scheme worth Rs 6,000 crore in the tractors segment to speed up its recovery. The bank has also announced such OTS scheme in education and SME segments. "We do give OTS in respect of many loans which are outstanding for a long time and people may have had some difficulties," she said.

Promoted
Listen to the latest songs, only on JioSaavn.com
Ms Bhattacharya said the recovery due to OTS scheme in these segments have been fairly good.