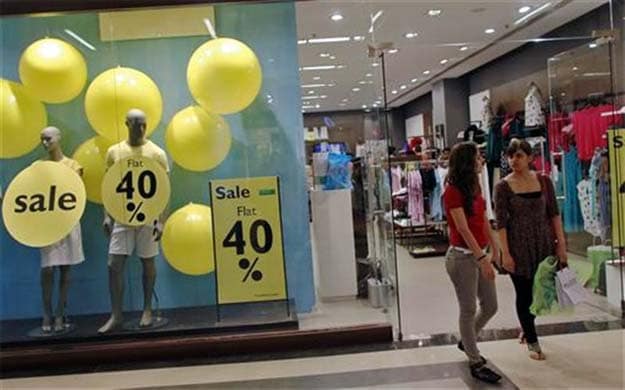 The Centre One shopping mall on the outskirts of Mumbai is gloomy and bereft of customers, even during India's annual festive and wedding season when retailers traditionally cash in.

The shopping centre's empty look is no exception. In the past decade, supermarkets and malls have spread across India's large cities and towns, fuelled by fast economic growth and excitement about middle-class buying power.

A "Malls in India" report released by Images Research last month found 470 shopping centres were operational this year, up from just 50 malls in 2005, and expected to soar to 720 by 2016.

"But over 90 per cent of India's malls are struggling," said Susil Dungarwal, founder of Beyond Squarefeet, a mall management and advisory firm based in Mumbai.

"Just 15 of these can be counted as running successfully."

India's middle-classes with their rising disposable incomes have long been considered a dream for mall-builders.

The government has also relaxed foreign investment rules in a bid to attract international supermarkets and boost the economy through retail.

But Dungarwal and other analysts say the majority of India's shopping centres are struggling with a potent mix of high real-estate prices, bad planning and sluggish demand as the economy slows.

When it opened in 2003, the 150,000-square-foot (14,000-square-metre), three-storeyed Centre One was billed as the first world-class mall in Navi Mumbai, a satellite town that is filled with apartment and office towers.

But competition from larger, better-designed malls such as Inorbit and Raghuleela, which sprung up nearby later, drew the crowds away.

In the last year alone, Mumbai suburbs have seen the Milan Mall and the City Mall shut down, while others such as Evershine and Mega Mall are struggling to stay afloat, analysts say.

"There is a huge mismatch between the demand for consumption and the pace at which retail real estate is expanding," says Saloni Nangia, president of consultancy Technopak.

India's slowing economy, with growth at a decade-low of 5.0 per cent in the year to March 2013, has put a firm dampener on spending.

But other factors are compounding the troubles at the tills.

Over the past decade, builders and developers have rushed to build without paying sufficient attention to what a mall requires to survive.

Until recently, most ignored the so-called "catchment" area, analysing the geographical area from which a mall attracts most of its visitors, experts say.

In the northern Indian city of Gurgaon in Haryana state is the hyped "Mall-Mile" -- a vast stretch of nearly a dozen shopping malls, built almost one after another.

"Not all of them are working out," said Devangshu Dutta, chief executive with retail consultancy Third Eyesight, adding that they were all chasing too few shoppers.

The oversupply of malls means many have empty space: about a fifth of Centre One lies bare and so does up to 75 per cent of the Dreams Mall in Bhandup, an eastern suburb.

Mumbai's Atria, once a packed mall, now has "For Rent" signs coming up and looks deserted, with low footfalls owing to "bad designing, causing people to miss stores," Dungarwal said.

Another nearby mall, Sobo Central, is unable to draw the crowds as it does not offer a food court nor a multiplex.

"People do not go to a shopping mall to shop. They go there for the experience, to hang around," said Dungarwal.

India's real estate is amongst the steepest in the world, and Kishore Bhatija, owner of Inorbit Mall, said costs have risen by 300 percent in Mumbai, which is 50 times more than markets such as Delhi, Bangalore, Chennai or Kolkata.

They also face growing competition from online retailers such as Flipkart, India's answer to Amazon, which hand-delivers goods to the front door for minimal cost.

Shoppers can buy with the click of the mouse, with no need to battle traffic jams or India's punishing weather.

"Malls will have to do everything to drive footfalls. They will have to make sure there is enough excitement to attract people," said Dutta from Third Eyesight.

Promoted
Listen to the latest songs, only on JioSaavn.com
Comments
Malls in IndiaMallsRetailretail boom