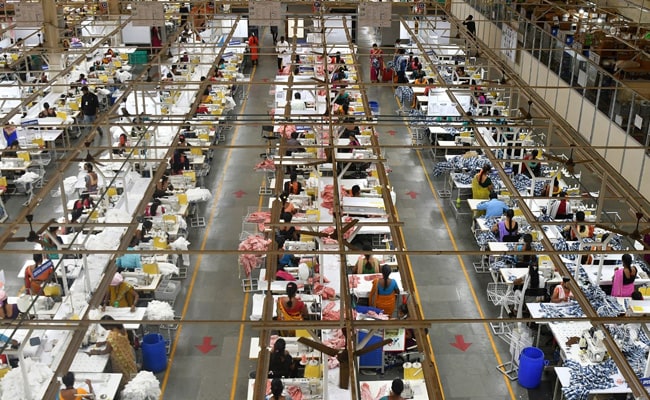 The Manufacturing Purchasing Managers' Index jumped to 56.4 in July from June's 53.9.

The factory activity in India expanded at its quickest pace in eight months in July, driven by solid growth in new orders and output as demand continued to improve on the back of easing price pressures, a private survey showed.

The survey results suggested the economy has remained resilient, at least for now, despite concerns over faster interest rate hikes, massive capital outflows, a weakening rupee and a rapidly slowing global economy.

The Manufacturing Purchasing Managers' Index, compiled by S&P Global, jumped to 56.4 in July from June's 53.9, remaining above the 50-level separating growth from contraction for a thirteenth month.

While both new orders and output grew at their fastest pace since November, both input and output prices increased at their slowest rate in several months in a further boost to demand.

"With incidences of shortages diminishing, the rate of input cost inflation eased to an 11-month low in July, subsequently dragging down the rate of increase in output prices to the weakest in four months."

If that gets translated into overall price pressures, which have already shown signs of easing amid slowing commodity and food prices, it could provide some breathing space for the Reserve Bank of India.

The RBI, which has already hiked its key interest rate by a cumulative 90 basis points since early May, is expected to raise it again this week.

The International Monetary Fund recently cut India's growth forecasts to 7.4% and 6.1% for 2022 and 2023, respectively, from 8.2% and 6.9% in April amid downside risks from a slowing world economy.

Firms increased headcount at the slowest pace in three months.

"Although the upturn in demand gained strength, there were clear signs that capacity pressures remained mild as backlogs rose only marginally and job creation remained subdued," De Lima said.