Government is aiming for a fiscal deficit of 6.3 per cent to 6.5 per cent of GDP for the next financial year, a less ambitious target than previously 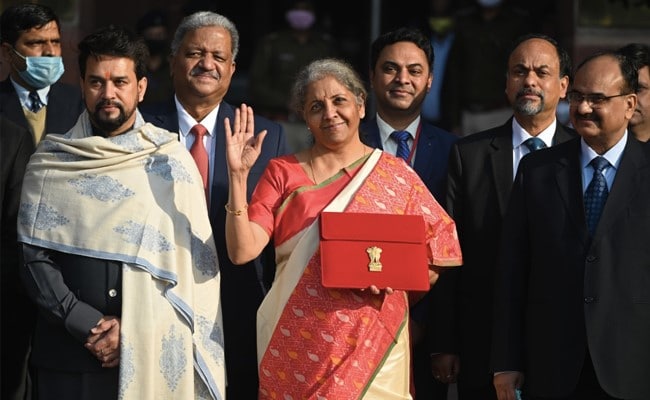 Government is aiming for a fiscal deficit of 6.3 per cent to 6.5 per cent of gross domestic product (GDP) for the next financial year, a less ambitious target than previously planned as COVID-19 infections threaten the economic recovery, three government officials said.

Finance Minister Nirmala Sitharaman is due to unveil the 2022-23 union budget on February 1 and officials said the thinking was that sharp cuts in government expenditure could hurt growth prospects.

India's case load of coronavirus infections is surging, fuelled by the Omicron variant and the worry is that consumer and business spending will be hit, leaving the government with little choice but to step in.

The plan now is to target a 30-50 basis point cut in the fiscal deficit for the next financial year, the officials involved in the discussions said. They declined to be named as they were not authorised to speak to media.

Policymakers were hoping to bring down the fiscal deficit by a wider margin, after cutting the deficit by 240 basis points to 6.8 per cent in the current fiscal year ending in March.

Some private economists and brokerages said the fiscal deficit could be brought down to around 5 per cent of GDP from 9.4 per cent in 2020-21, after the winding down of pandemic stimulus and surge in revenue receipts.

Rising coronavirus cases have forced many states to impose restrictions, raising concerns among policymakers that falling consumer sentiment could affect the pace of the economic recovery and all budget calculations.

Asia's third-largest economy could miss the 10 per cent growth target for the current 2021-22 fiscal year as the new Omicron variant is seen disrupting economic activity through January-March and may also dampen sentiment in the next financial year, officials said.

And, the economic growth target would not be more than 7 per cent for the next financial year beginning April, two officials said.

The finance minister is set to unveil new targets for government spending, tax receipts and economic growth while presenting her third annual budget in parliament.

"The (budget) discussions are on," one of the officials said, adding the government aimed to bring down the deficit and increase capital spending while keeping revenue spending flat.

A finance ministry spokesman declined to comment for the story.

Domestic economy has been recovering since mobility curbs were lifted in June, but economists fear that new restrictions could drag on growth in the coming months. The economy contracted 7.3 per cent in the last fiscal year.

Any signs of economic slowdown and a higher fiscal deficit target, economists said, could delay the normalisation of the accommodative stance of the Reserve Bank of India's Monetary Policy Committee, which would meet from February 7 to 9 after the presentation of the budget.

"We are likely to miss the divestment (privatisation) target by a wide margin," one of the officials said, adding that sale of companies such as BPCL, banks and insurance companies would be postponed to the next financial year.

The government has so far raised 93.3 billion rupees ($1.3 billion), a fraction of the 1.75 trillion rupees target in receipts from privatisation in the current fiscal year, while higher tax collections have helped narrow the fiscal deficit.