Every Long-Term Investor Needs To Prepare For The 'Population Problem'

India's population problem is not what you think it is. 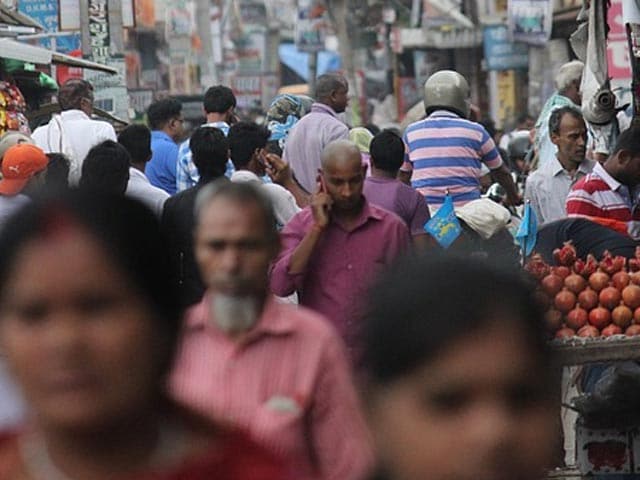 Ever since we were young, we were always told something about our country as if it were an iron-clad fact: India is an over populated country.

We were told that if India's population weren't brought under control, there would be serious economic and social problems.

And for a large part of India's history as an independent country, this seemed to be true.

This meant India's population growth rate picked up. It was 2% per annum in the late 60s and early 70s. India was already quite populous back then. A fast growth rate on top of a large base meant the population would increase exponentially.

This was indeed a very serious concern and it explains the government's obsession, over the decades, with the idea of controlling population growth.

I'm sure we all remember the Indian government's symbol for its family planning program - the inverted red triangle.

Policies were attempted to 'disincentivise' large families. TV ads bombarded us with the idea that a small family is a happy family.

The scary term 'population explosion' was taught to children in schools to warn them of the dangers of this kind of growth.

And in the 1970s, during the emergency, the government went too far with its sterilisation program.

It didn't matter which party was in power. The focus was always the same - bring the population under control.

In fact, it would be safe to say, the Indian government and various state governments, have done everything possible could to promote family planning, short of imposing a Chinese style one-child policy on citizens.

What does the data say?

Back in November 2021, the results of the latest round of the National Family Health Survey was made public. And the results were certainly eye-opening.

The biggest take away is this: There's no population explosion in India.

The data says India's 'replacement rate' has fallen below the level needed to maintain the population.

The replacement is the rate at which the population can replace itself from one generation to another.

In fact, the number is below 2 in most states. What's even more surprising is the number in urban India: 1.6. This is the same as the fertility rate in the US.

This may be hard to believe but for families living in India's cities, fertility is the same as that in developed nations.

In urban India, couples are not having more than 2 children. Many are having only one. And a growing number aren't having any.

All this means that India's population will peak much sooner than anyone anticipated, by 2060, at about 1.6 billion.

India's population is close to 1.4 billion today. So the data has made it clear that for the next four decades, population growth will be slow. In fact, the rate will keep falling until it reaches zero around the year 2060.

That's right. About four decades from now, India's population will peak and start to decline.

Remember the replacement rate is 2.1. India fertility rate has already fallen below that. This means India's population, after it has peaked, won't be able to replace itself. It will decline.

This is not a matter of opinion. It's a mathematical certainty.

What's more, if this trend continues, the data says the population will fall back to one billion by 2100.

All this would have been unbelievable at the turn of the century. Around that time, India's one billionth baby was born.

No one would have believed in 2000 that in 100 years, India's population would have peaked and fallen back to one billion. The very idea would have been laughed at.

But now, we know this is exactly what will happen.

What does this mean for investors?

Stock markets are all about the future.

Warren Buffett, once famously said, 'If past history were all that is needed to play the game of money, the richest people would be librarians'.

The stock market factors in information about the future into stock prices today.

This is a continuous process. It happens every day, all the time.

If investors are positive about the future of a company, its stock price goes up. If not, the price goes down. This is because investors buy stocks to benefit from the profits in the future.

So if investors think the future will be bad, or not as good as its now, they will sell their shares.

Now profits are a function of sales. The net profit of any company is simply its sales multiplied by its net profit margin.

The net profit can be increased up to a point by improving the net margin. This can be done by lowering costs relative to sales. But at the end of the day, for profits to go up, sales have to go up.

Now sales is just the number of units sold (product or service) multiplied by the price of the unit.

The company can increase the selling price up to a point to increase sales. But it can't do so beyond that point.

And this means the company's stock price is also directly related to the number of units sold.

Long-term investors are very sensitive to this fact.

If they believe a company is likely to sell less of its products in the future, its stock will go down.

Just look at the long-term chart of Castrol. In a future where EVs will rule the roads, how many units of engine oil will Castrol sell?

And that brings us to the all-important point of population growth.

India won't have as many people as we expected. Also, the population growth will be very slow.

And it will even turn negative around 2060.

In fact, India's population will get older much before that point comes.

The other point to note is the shift in spending patterns. As long-term investors, you must take this into account.

Companies won't sell as much as their managers think they will. Their net profit won't be as high as they projected. Their growth rate will fall short of expectations.

The impact will be felt on stock prices. There are two ways to look at this shift in spending patterns.

You could start studying companies that cater to this population that is smaller and older than expected.

Second, look for stocks that cater to both segments. For example, a good real estate firm will cater to the young as well as the aging segments. It can develop budget homes as well as vacation homes for the two segments.

There are many other ways to play this trend. In a follow up piece, we will cover those money-making ideas.

Now, this won't be a big theme in the 2020s as India's population will remain young in the short term.

But if you're investing in stocks for your retirement fund, which is at least 15 years or more in the future...

...this is one 'population problem' you should be aware of.

Be prepared for the day when the stock market wakes up and gives this trend its due importance. That day may not be far in the future.