Ether On Bitcoin's Heels In Race For Crypto Crown

For years, ether could barely dream of challenging its big brother bitcoin. Now, its ambitions may be becoming more realistic. 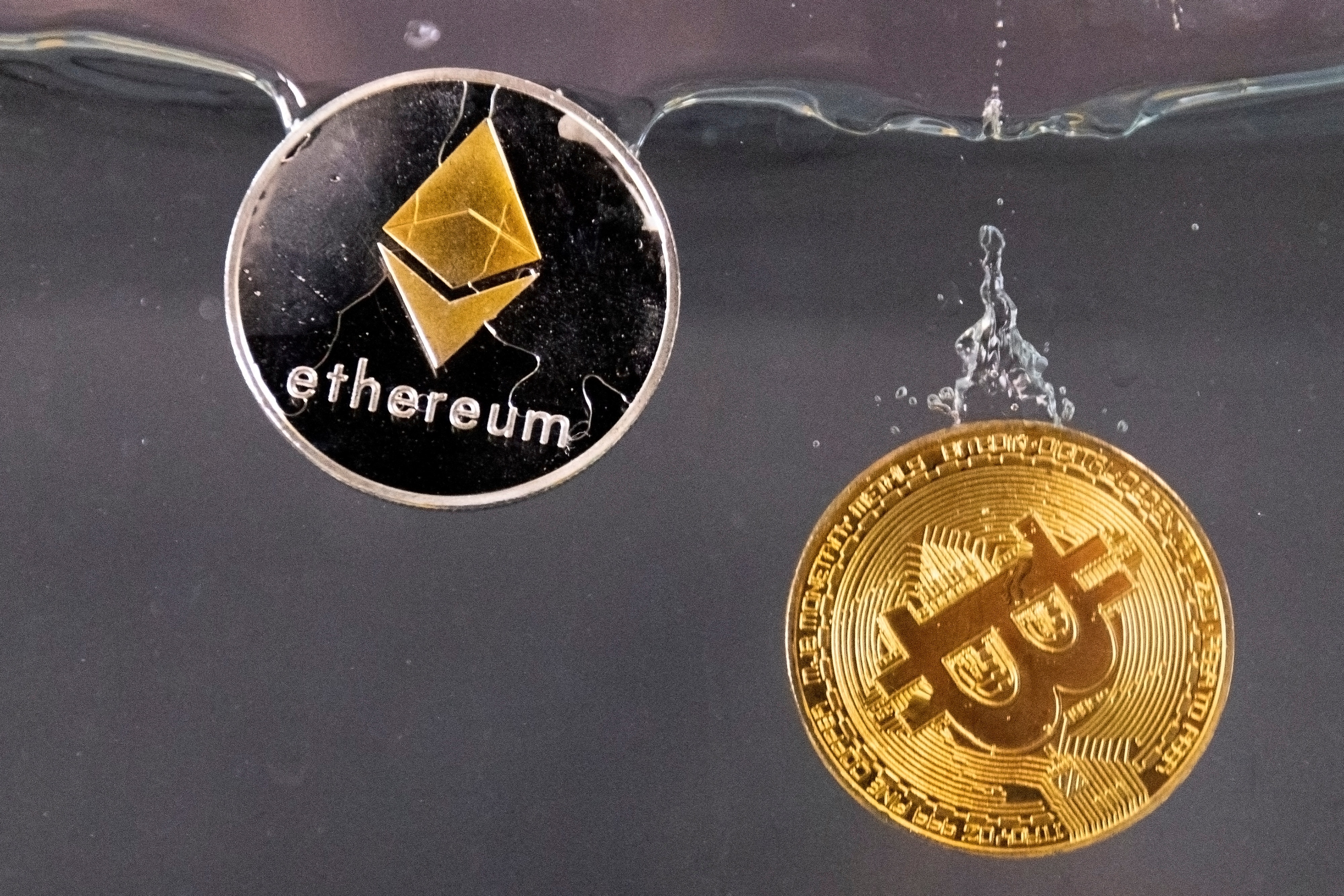 For years, ether could barely dream of challenging its big brother bitcoin. Now, its ambitions may be becoming more realistic.

The second-biggest cryptocurrency is taking market share from bitcoin ahead of an all-important "Merge" software upgrade that could sharply reduce the energy usage of its Ethereum blockchain, should the developers pull it off in coming days.

Bitcoin's dominance, or its share of the crypto market's market value, has slipped to 39.1 per cent from this year's peak of 47.5 per cent in mid-June, according to data platform CoinMarketCap. Ether, on the other hand, has climbed to 20.5 per cent from 16 per cent.

The upstart is still a long way from overtaking bitcoin as the No.1 cryptocurrency, a reversal known to aficionados as "the flippening". It's made up ground, though; in January 2021, bitcoin reigned supreme at 72 per cent, while ether occupied a slender 10 per cent.

"People are now viewing Ethereum as essentially a safe asset because they've seen the success of the network, they think it's not going anywhere," said Joseph Edwards, head of financial strategy at fund management firm Solrise Finance.

"There's a permanency to how Ethereum is perceived in the crypto ecosystem."

The Merge, expected to take place on Thursday after several delays, could lead to wider use of the blockchain, potentially boosting ether's price - although nothing is certain in a capricious crypto market.

Ethereum forms the backbone of much of the "Web3" vision of an internet where crypto takes centre stage, powering applications involving crypto offshoots such as decentralised finance and non-fungible tokens - although this much-hyped dream is still unrealised.

Bitcoin and ether have both nearly halved this year on concerns about supersized interest rate hikes from central banks. Nonetheless, investors seem to like the look of the Merge, with ether up over 65 per cent since the end of June. Bitcoin has barely budged in the same period.

"We're going to see (ether's) attractiveness to some investors who are concerned about energy consumption," said Doug Schwenk, CEO of Digital Asset Research, although he cautioned that ether was still a long way behind bitcoin.

The King Is Strong

The diminishing bitcoin dominance in crypto's current bear market is a departure from previous market cycles when investors sold lesser tokens - "altcoins" - in favor of the more liquid and reliable bitcoin.

Dethroning the king is no easy feat, though.

Bitcoin is still by far the most well-known cryptocurrency. Mainstream investors who have dipped their toes in the crypto market since 2020 have tended to turn first to bitcoin, as the most liquid and widely-traded token.

Its market cap of $427 billion is still more than double Ether's $210 billion, and market participants firmly believe the original digital coin remains the gold standard in crypto due to its limited supply.

Some market players say bitcoin's grip on the crypto crown is still strong, even if it has to accept other contenders. For example, Hugo Xavier, CEO of K2 Trading Partners, said its dominance could improve to 50-60 per cent range if the crypto market turns bullish but it is unlikely to touch 70 per cent again.