If you are not in employment for a month, you may be allowed to avail 75% of the total Employees' Provident Fund standing to your credit. 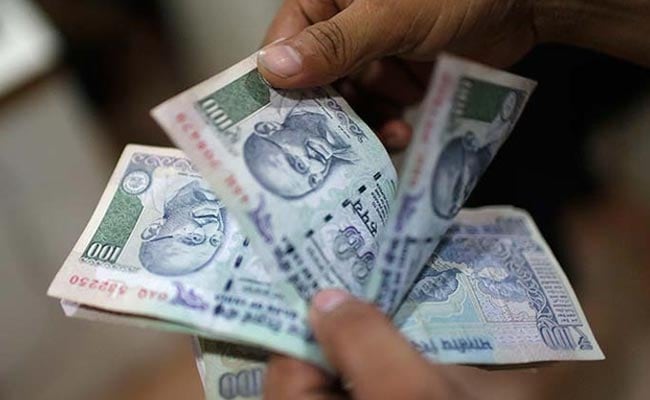 Every company with more than 20 employees has to mandatorily deduct EPF from employees' salaries.

EPF or Employees' Provident Fund Scheme seeks to provide retirement benefits to employees. EPF is a compulsory contribution by employees and employers. Every company that has more than 20 employees has to mandatorily deduct EPF from the salary of its employees. But do you know that you can now withdraw 75 per cent of your EPF money? The government recently tweaked premature withdrawal rules on EPF to offer the facility to unemployed workers. Labour Minister Santosh Gangwar also confirmed this change in the Parliament on Monday.

75% of EPF balance, Withdraw EPF money
If you are not in employment for a month, you may be allowed to avail 75 per cent of the total fund standing to your credit, according to the government. Mr Gangwar said in Lok Sabha that the Central Board of Trustees (CBT) of the Employees' Provident Fund (EPF), in its 222nd meeting on June 26, had considered a proposal for insertion of paragraph 68HH in EPF Scheme 1952.

This decision was taken during 222nd meeting of CBT held today under the chairmanship of Union Minister of State for Labour & Employment (Independent Charge) Shri Santosh Kumar Gangwar.

When to withdraw 100% EPF money
The Employees' Provident Funds Scheme, 1952, enables a member of the EPFO (Employees' Provident Fund Organisation) to withdraw the full amount standing to his credit in the fund if he/ she ceases to be an employee in an establishment for a period of two months in a row immediately proceeding the date on which he makes an application for withdrawal.

However, the requirement of the two-month waiting period will not apply in cases of female members resigning from the services of the establishment for marriage, Mr Gangwar said.

Experts, however, said that the move to let the unemployed withdraw the PF money is welcome, but not enough. "An employee should be able to withdraw his savings as and when he needs the money for a rainy day. We shouldn't have restrictions on how much to withdraw and when to withdraw. And the withdrawal has to be effective like another financial institution runs. The concept of provident fund has to be revamped," said Aditya Narayan Mishra, Director and CEO of CIEL, which offers talent acquisition services.

Which are the other events for which you can withdraw money from EPF?
A member of retirement fund body EPFO can withdraw up to 50 per cent of the EPF money for his or her own marriage, the marriage of his or her daughter, son, sister or brother. However, the person should have completed seven years' contribution to EPF.

You can also withdraw EPF money for post-matriculation of your children. If you've been sacked by your company, up to 50 per cent of EPF money can be withdrawn.

After attainment of the age of 54 years or within one year before actual retirement on superannuation, whichever is later, an EPFO member can withdraw up to 90 per cent of his EPF amount at any time. Another situation where up to 90 per cent of the EPF amount can be withdrawn is when after attaining the age of 55 years, an employee wants to transfer that amount to Life Insurance Corporation of India for investment in Varishtha Pension Bima Yojana.

If your property is damaged due to natural calamities, you can seek Rs. 5,000 or 50 per cent, whichever is lower, of your EPF contribution.

EPFO members can withdraw money for construction of house or purchase for site of the house. But withdrawal for this purpose requires a member to have completed five years' membership of the EPFO.
EPFO members can seek withdraw money from EPF if they fall ill due to tuberculosis, leprosy, paralysis, cancer, mental derangement or heart ailment etc., if they are hospitalized for a month or more and in case they have to undergo a major surgical operation.

A physically handicapped member may be allowed a non-refundable advance from his EPF account for purchasing equipment required to minimize his hardship.