EPFO has opened a new facility for its nearly 5 crore subscribers that will allow consolidation or merger of their multiple PF accounts. 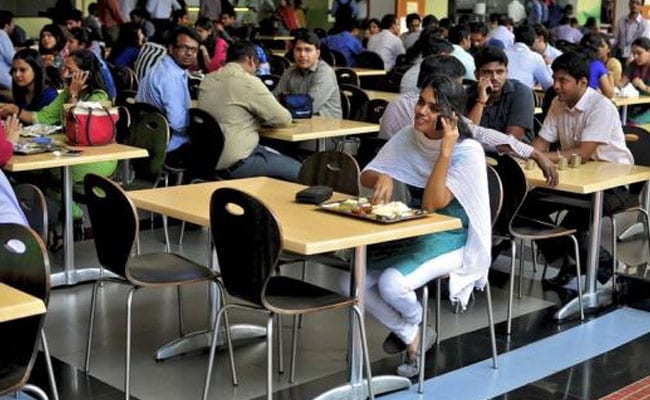 EPFO has introduced a new facility for its subscribers to link their UAN with Aadhaar online.

EPFO or Employees' Provident Fund Organisation, which manages your provident fund or PF money, has been coming up with new initiatives for the benefit of about 5 crore subscribers. EPFO manages a corpus of over Rs. 10 lakh crore and receives 1 crore claims every year. EPFO has opened a new facility for its nearly 5 crore subscribers that will allow consolidation or merger of their multiple PF accounts with the current universal account number (UAN), which is a unique number assigned to an employee and acts as an umbrella for the multiple member Ids allotted to an individual by different establishments where he or she has worked.

Here are some of the EPFO's latest initiatives

1) For consolidation of a subscriber's multiple PF accounts, currently EPFO subscribers are required to file separate transfer claims online using UAN. Under the new facility, employees can merge as many as 10 previous accounts with their UAN at one go. But to avail of the facility, they are required to activate their UAN that is seeded with bank accounts and other details such as Aadhaar and PAN. The subscribers will have to provide their current activated UAN, member ID (identification) and mobile number registered at the UAN portal. After validating credentials of the members, the EPFO would allow them to register their previous EPF account numbers for consolidation with the current UAN.

2) EPFO has introduced a new facility where subscribers can give online request for correction in name, date of birth and other details. Under the offline method, if an EPFO subscriber wants to correct basic details such as his/her name and date of birth, employee and employer are required to submit a joint request to the concerned EPFO office for correction of the details of employee. To ease the process, EPFO has introduced an online facility. EFPO subscribers can now give online request to his/her employer for correction in basic details.

3) EPFO or Employees' Provident Fund Organisation has smoothened the process for allotment of UAN or Universal Account Number. UAN, which is a unique number assigned to an employee, acts as an umbrella for the multiple member Ids allotted to an individual by different establishments where he or she has worked. "Now, the citizen on going for an employment can submit generated UAN to the employer so that the same UAN will be linked to the member ID allotted to member in that establishment," EPFO said in a notification dated November 21. (Read | New Facility From EPFO: How To Generate UAN Of EPF Account Through Aadhaar)

The subscriber cannot do trading in this case and EPFO would liquidate the ETF units only when members apply for withdrawals. The EPFO had started investing in the Exchange Traded Funds (ETF) in August 2015, putting 5 per cent of its investible deposits in stock linked products. It was raised to 15 per cent for the current fiscal. EPFO has invested around Rs 32,000 crore so far in the ETFs, according to an official.

Promoted
Listen to the latest songs, only on JioSaavn.com
An ETF is a security that tracks an index, a commodity or a basket of assets like an index fund, but trades like a stock on an exchange.

5) Linking UAN and Aadhaar online: EPFO has introduced a new facility for its subscribers to link their UAN with Aadhaar online. "This, in turn, would facilitate the members, a better and speedy EPFO Account services," the retirement fund body says in a statement. EPFO has made this facility available at its website www.epfindia.gov.in.