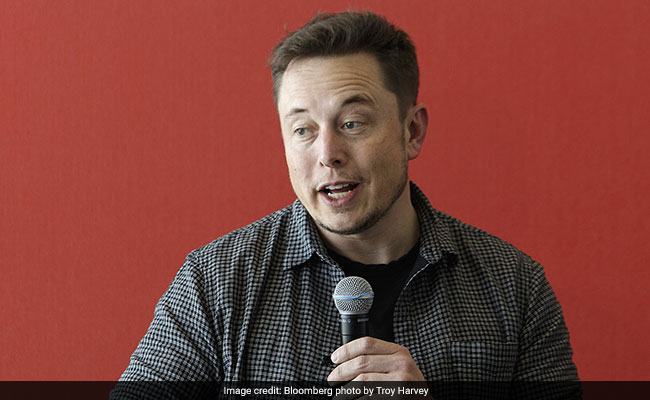 Two of Tesla's largest shareholders are supporting a plan to award Elon Musk a compensation package valued at $2.6 billion, a show of confidence in the electric-car maker's bid to keep its visionary CEO around for the long haul.

Baillie Gifford & Co. and T. Rowe Price Group, which combined own about 14 percent of Tesla stock, indicated to Bloomberg News that they'll vote in favor of the board's proposal at a March 21 special meeting.

The unprecedented pay package has been criticized as too costly by proxy adviser Glass Lewis & Co., which has recommended that investors reject the plan. While it would likely have slim chances of getting passed elsewhere, Tesla isn't a typical company, and Musk isn't a conventional chief executive officer.

"We think what Tesla has achieved so far is pretty remarkable, but there's more they can do in not just automotive, but the energy markets," Tom Slater, a Baillie Gifford partner and fund manager, said Wednesday in a phone interview. "Elon Musk -- his drive and his vision -- has been a really important part of getting us to this point. Tesla still needs that drive and that vision to push the business."

Musk, 46, owns about 20 percent of Tesla. He and his brother Kimbal Musk, a company director, won't vote on the plan at the company's special meeting. Edinburgh-based Baillie Gifford, founded in 1908 and one of the world's most active technology investors, owns about 7.6 percent of Tesla's shares, according to data compiled by Bloomberg. Baltimore-based T. Rowe Price holds about 6.4 percent.

"We believe the final plan is well aligned with shareholders' long-term interests," T. Rowe Price said in an emailed statement. While Tesla's ownership structure and the long-term nature of its business presents a "unique challenge," the board's compensation committee addresses this "in the right way."

The proposed award, resembling one Musk received in 2012, consists of 20.3 million stock options that will vest in 12 increments if market-value thresholds and other financial targets are met. Each tranche equals about 1 percent of Tesla's outstanding shares. The company's market value has to reach $650 billion for the award to fully vest -- roughly a 12-fold increase.

Musk's star power has helped vault Tesla to an almost $55 billion market capitalization, exceeding the value of General Motors or Ford Motor. While the company has struggled to mass-manufacture cars including the new Model 3 sedan, he's convinced investors to buy into his vision of consumers converting to electric vehicles in droves.

Tesla lists its dependence on Musk as a risk factor in securities filings, and some analysts and short sellers have raised concern that the carmaker could run into trouble because of the amount of attention he devotes to other ventures including rocket company Space Exploration Technologies.

"I expect to remain CEO for the foreseeable future," Musk said during Tesla's earnings call in February. "There are no plans to make a change at this time."

Tesla without Elon wouldn't be the same company, said Joel Grant, an automotive and industrial analyst at T. Rowe Price.

"The package was designed to retain him, and we are on board with the intention," he said in a phone interview. "We want to make sure that Elon stays and uses Tesla as a vehicle for a lot of growth."

The founder of Baron Capital, an asset manager that ranks 12th among Tesla holders, also signaled it will vote in favor of the company's proposed option award.

Promoted
Listen to the latest songs, only on JioSaavn.com
"The only reason why Tesla is successful is because of this guy," he said.

(This story has not been edited by NDTV staff and is auto-generated from a syndicated feed.)
Comments
Elon MuskTesla