Windmill Capital, a research analyst group registered with the Securities and Exchange Board of India (SEBI), said in its report that the pace at which electric vehicles have been adopted is a low 2.9 per cent in the current financial year. 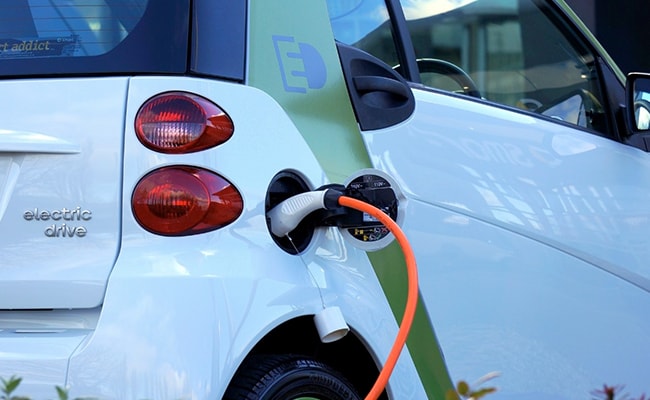 The reason for the slow adoption of electric vehicles is attributed to their high cost.(Representational)

The number of electric vehicles on the road has been steadily rising over the years in India, but petrol and diesel vehicles far outnumber them, according to a report.

Windmill Capital, a research analysis group registered with the Securities and Exchange Board of India (SEBI), said in its report that the pace at which electric vehicles have been adopted is a low 2.9 per cent in the current financial year.

It further noted that the "exponential" growth witnessed in sales of electric cars and electric two-wheelers in the first six months of the current financial year (April-September) is on account of a lower base.

The sale of electric cars surged 268 percent to 18,142 units in the April-September period. Cumulative retail sales of electric two-wheelers in the same period grew 404 per cent to 2,77,910 units, said Windmill Capital, which is a subsidiary of Smallcase Technologies.

The number of electric cars sold in the corresponding period last year was only 4,932 units. The sales figure for electric two-wheelers was just 55,147 units.

The total electric cars and electric two-wheelers sold in this financial year stood at 2,96,052 as against 1,03,35,204 total cars and two-wheelers -- an adoption rate of 2.9 percent, said the report.

The reason for the slow adoption of electric vehicles is attributed to their high cost.

"The government's support, active participation from the industry, and high fuel prices are all positives for the EV (electric vehicles) industry. The final issue for EV adoption is the total cost of ownership (TCO) barrier. TCO is the sum of all costs involved in the purchase, operation, and maintenance of a given asset during its lifetime," Windmill said.

Upfront costs of EVs are usually higher compared to vehicles that use internal combustion engines. The high cost is a barrier to EV adoption in the price-sensitive Indian market, it added.

The centre and state governments have been providing incentives to boost the development of the electric mobility ecosystem. For example, EVs are exempt from registration charges, and a tax deduction benefit is offered on interest paid on loans availed to purchase EVs.

Amazon Launches Virtual Healthcare Platform In US For Common Ailments