Last month, El Salvador became the first country to adopt bitcoin as legal tender alongside the U.S. dollar, which for years had served as the country's sole official currency. 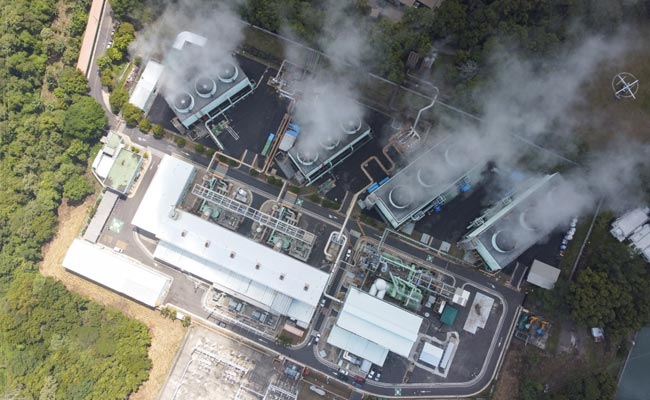 El Salvador's unfolding experiment as a first-adopter of the crytocurrency bitcoin could be increasingly powered by new streams of renewable energy, the chief of the country's hydroelectric commission told reporters on Friday.

Energy-intensive cryptocurrency "mining" is done by computers, and has come under criticism from environmentalists as a big source of demand for mostly fossil fuel derived electricity.

"The possibilities are endless here, it's just about willpower and that we have the means and the ability to start these projects," Alvarez said. The Salvadoran government in September began harnessing geothermal energy for bitcoin mining from a plant at the base of the Tecapa volcano, 106 kilometers (66 miles) east of the capital, that is owned by a company which is part of CEL

The plant generates about 102 megawatts, and the government plans to add another five megawatts next year

At present, 1.5 megawatts are being allocated for bitcoin. Alongside the plant, officials have set up a room inside a shipping container to house 300 computers that process cryptocurrency transactions

The Tecapa plant along with another geothermal plant in northwestern El Salvador supply between 23 per cent and 24 per cent of the national power grid, according to authorities