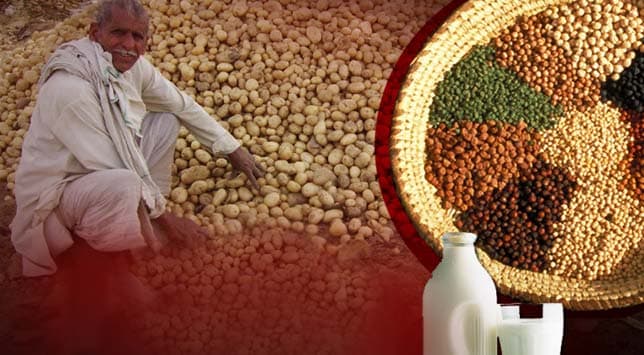 A staggering sum of over Rs 1.5 lakh crore investment is required in the country's port sector in the next five years, of which a major chunk is expected to come from the public-private partnership, the Economic Survey said today.

"Investment required for ports sector development during the 12th Plan would be about Rs 1.55 lakh crore. Capacity augmentation and efficiency improvement would require increased investment from the private sector," it said.

Private participation is needed particularly for mechanisation of cargo handling, improvements of drafts at the ports, strengthening port connectivity by building road and rail links, and technology upgradation and automation.

The challenge for the sector is to build vibrant, efficient, and safe ports and shipping services and a strong base for the ship building industry, it said.

Capacity expansion of ports in the 12th Plan is proposed largely through private sector investment and internal accruals. It would be a challenge to garner about 80 per cent (about Rs 1.23 lakh crore) of the required investment through PPP (public-private partnership), it added.

Ministry of Shipping proposes to develop two new major ports -- one each on east and west coasts -- and build facilities for full mechanisation of cargo handling and movement, besides two hub ports each on the west and east coasts -- Mumbai (JNPT), Kochi, Chennai, and Visakhapatnam.

"Indian shipping companies faced problems of restricted cash inflows in 2011-12 due to very low charter hire and freight rates in all segments of shipping," it said.

Charter rates are the rates of hiring a tanker.

Port and offshore operations, and other factors are expected to contribute substantially and provide a support level for the sector's total sales during the year. During 2012-13, sales are expected to grow by 5.7 per cent, the survey said.

On the other land, for domestic sector, small window of relief came during the period after economic slowdown in 2008.

While the bulkers and tankers segments have seen a downturn, the offshore segment and sub-sea vessels has ensued cash visibility for companies, it said.

The incidence of piracy has been of great concern to the government. As on February 2012, 27 Indian seafarers were in the custody of somalian pirates.

The government has been raising the issue of piracy and the need for more concerted international action at the meetings of the United Nations and International Maritime Organization (IMO).

To provide the shipping industry a partial level playing field and make it competitive at international level, the government implemented certain policies in 2011 like giving a minimum depreciation of 3.34 per cent (assuming life of 30 years) to drilling rigs, granting exemption (on July 29, 2011) to ships from additional customs duty and excise duty with certain conditions.

There has been a sharp decline in the share of Indian ships in the carriage of India's overseas trade. From about 40 per cent in the late 80s, this share has declined to 9 per cent in 2010-11 with an 18 per cent share in India's oil imports in 2009-10.

Continuous modernisation of ports and upgradation of port infrastructure are important to increase the productivity and efficiency of ports.

Union Budget 2011-12 increased the allocation of funds for infrastructure and enhanced the limit of tax free bonds for the ports sector by up to Rs 5,000 crore.

The government is also making all round efforts to increase port capacity in the country through the development of additional berths at the major ports, mechanisation, deepening of channels and harbours to receive bigger vessels, improved rail and road connectivity.

It is also working at facilitating similar development at the non-major ports promoted by state governments.

Around 95 per cent of the country's trade by volume and 68 per cent in terms of value is being transported by sea.