Economic Survey Has No Proof To Support Claims Of Growth: P Chidambaram 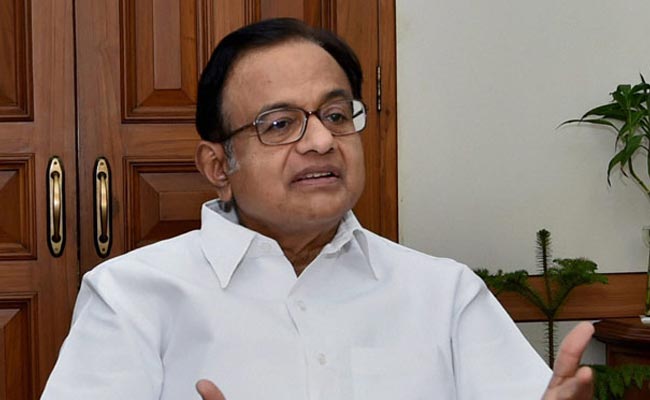 New Delhi: Picking holes in the growth projections made by the Economic Survey 2018, senior Congress leader and former Finance Minister P Chidambaram said the survey offered "little evidence" in support of its claims and added that fiscal 2018 is likely to end with a growth rate of "between 6 and 6.5 per cent".

Calling the survey a "refreshingly candid document that has brought to surface internal contradictions within the government", Mr Chidambaram pointed out that as per the document, the future of the economy is conditional on many "ifs".

"Although the Economic Survey claims that the growth rate for 2017-18 will be 6.75 per cent (implying a second half growth rate of 7.5 per cent), it offers little evidence in support of this claim. The growth rate in the first half was 6 per cent, and the year is likely to end with a growth rate of between 6 and 6.5 per cent," Mr Chidambaram said in a statement.

"The future course of the economy is conditional on many ifs. After listing the unfinished work, the Survey seems to prepare the grounds for failure by praying that (a) the world economy maintains its growth momentum and (b) oil prices do not persist at current levels. The outlook is therefore uncertain, if not bleak," the former Finance Minister said.

He said that going by the document, it appears that after nearly four years in office, the NDA government has "admitted that it has failed to address the challenges in education, employment, and agriculture, and hopes to do so in the last year of its 5-year term".

He said the survey "admits" that some of the Modi government's major programmes have "not resulted in tangible outcomes".

Promoted
Listen to the latest songs, only on JioSaavn.com
He said the government led by Prime Minister Narendra Modi "has thrown in the towel" and hopes that the private sector will come to the rescue of the economy.

"Altogether, it is a depressing report of the fiscal year that will come to an end in two months," he said.