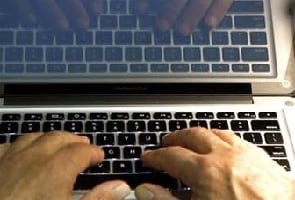 New Delhi: It's raining jobs in the e-commerce space as the segment could grow at 20-25 per cent over the next 2-3 years in terms of jobs, salaries and growth, which in turn could create at least 1,50,000 jobs.

The current estimated size of the industry is about Rs 18,000 crore and is expected to reach Rs 50,000 crore by 2016 and as the industry grows, the demand for talent would grow proportionally.

"We are extremely bullish on the ecommerce sector in India. There are nearly 200 start-ups flush with PE/VC funds within this area and several hundred that are treading the same lines. We believe over the next 2-3 yrs, this sector will create at least 1,50,000 jobs," Antal International Network India managing director Joseph Devasia said.

"The industry is very bullish, the main players- Amazon, eBay, Flipkart, Myntra etc. are regular recruiters from BITS and are now generating huge revenues, and have increased the number of hiring this year," said Mani Sankar Das Gupta, chief of the placement unit at BITS Pilani.

Since the sector is fairly new, there is a severe dearth of talent at all levels and in order to attract and retain key talent some of the leading ecommerce players today are even shelling out "crore+" salaries.

On this, BITS Pilani's Mr Gupta said, "In India, most ecommerce players increased the salaries by 10-40 per cent between 2013 to 2014 and are now paying salaries ranging from Rs 10-23 lakhs and are hiring large entry level employees."

"At mid and senior levels also salaries are swelling by 10-15 per cent every year, besides the priceless stock options that are offered, that makes employees millionaires," Mr Gupta added.

"Salaries in this sector are likely to see a higher degree of ESOPs and performance based rewards as compared to other industries," said Jayesh Pandey, managing director-talent and organisation at Accenture India.

Rajiv Srivatsa COO & Co-founder Urban Ladder said, "We are at par with most other e-commerce companies in terms of salary. Along with the salary component, employee stock options attract a lot of talent since the industry is on a massive growth path."

Promoted
Listen to the latest songs, only on JioSaavn.com
"E-commerce hiring is extremely bullish with the sector alone ready to hire over 15,000 in the next 5 months. The upscale is largely driven by robust positive sentiment both amongst consumers as well as the industry," Indian Staffing Federation executive director Suchita Dutta said.

The indicative salary outlook for junior employees is Rs 1.45 lakh-Rs 3 lakh per annum, while for mid-management it is between Rs 12 lakh and Rs 30 lakh per annum, she added.