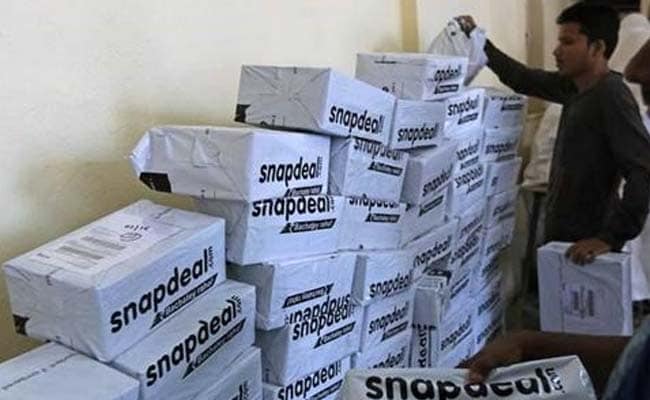 Mumbai/Taipei: China's Alibaba Group Holding, Japan's SoftBank Group Corp and Foxconn will lead an investment of $500 million in Snapdeal, the online marketplace said on Tuesday, as it seeks to expand in the country's fast growing e-commerce sector.

The move is a vote of confidence from three of the world's biggest technology companies in Snapdeal, which in October got a $627 million investment from SoftBank, also an early backer of Alibaba.

Snapdeal, which bills itself as India's version of Alibaba, did not break out individual investments. EBay Inc, an early backer of the company, is selling part of its stake in a transaction which also involves fresh funding.

EBay said in a statement it has sold a portion of its stake and would focus on boosting its own business in the country.

Separately, FIH Mobile, a unit of Taiwan's Foxconn, the trading name of Hon Hai Precision Industry Co, said it was buying a 4.27 per cent stake in Snapdeal for $200 million via its Singapore-based subsidiary Wonderful Stars Pte.

Sources told Reuters this month that the transaction would value Snapdeal at more than $5 billion.

In India, Snapdeal rivals Flipkart, valued at around $15 billion, and Amazon.com Inc's India unit as the three fight it out for a share of a $22 billion market.

Like its rivals, Snapdeal sees the majority of its transactions on smartphones and mobile devices.

"That is why, with a significant share of e-commerce transactions in India being done via mobile devices, the investment positions FIH to benefit from Snapdeal's platform," Foxconn said in a statement.

Alibaba and eBay are also looking to benefit from India's fast growing online sector, boosted by a rise in use of affordable smartphones and internet connections.

Alibaba has said India is a key market for the group.

India is the world's third-biggest smartphone market after China and the United States.

While India has fewer internet users than China, online sales could rise to more than $100 billion in 2020 from $2.9 billion in 2013, making it the fastest-growing market globally, according to a Morgan Stanley report.