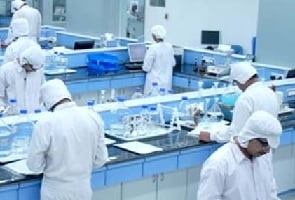 New Delhi: The Delhi High Court on Tuesday told the government not to take any coercive action against pharmaceutical companies including Novartis India Limited and Cipla Ltd in connection with the notices issued to them for allegedly not ensuring implementation of the revised drug pricing of 2013.

A bench of justices B D Ahmed and Vibhu Bakhru observed that the demand notices sent by the government ought not to have been sent and directed that they be treated as show cause notices instead.

It directed the government to dispose of the show cause notices within four weeks in accordance with law, the Supreme Court's decisions on drug pricing and after giving the companies an opportunity to be heard in their individual cases.

The bench, however, made it clear that it has not gone into the constitutional validity of the of DPCO provisions challenged in the petitions.

Petitions were filed by pharmaceutical companies and an association of medicine manufacturing firms challenging the government's new drug pricing order that asked them to slash prices of 348 medicines.

The government had in July this year issued the demand notices alleging that drugs whose prices had been slashed as per the DPCO 2013, were being sold at a higher price.

Central government standing counsels Jasmeet Singh and Amit Mahajan told the court that it was the pharma companies' responsibility to ensure that their drugs were not sold at a higher price to the consumers.

The companies, represented by senior advocates Rajiv Nayar and Pratibha Singh, refuted the allegations saying that they have already issued the revised price lists as required under the law and done all they can to ensure the medicines whose prices were slashed are sold as per the revised prices.

They also said that they are not responsible if retailers, chemists or dealers sold the drugs at a higher price.

In view of the submission made by the companies that they were complying with the norms, the court disposed of the petitions.

It told the government that if anyone was found to be violating the law, then appropriate action can be taken against them.

While disposing of the petitions, the court also observed that under the law, the companies were not obligated to relabel the stock already in the market.

"What was necessary was that the drugs (whose prices were slashed) be sold at the revised prices or the labelled prices, whichever was lower," it said.

It also said the DPCO 2013 makes it clear that no manufacturer, chemist, retailer or dealer shall sell the drugs at a higher rate than that mentioned on the label or the revised price list.

The DCPO 2013 had ordered reduction of prices of some medicines within 45 days of issuance of the notification and that the decreased prices be made effective on drugs already in the market.