J&J India did not have any immediate comment on the reports of sample seizures by the authorities. 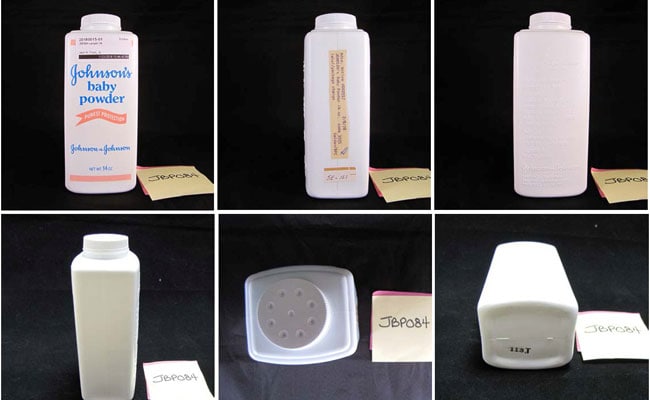 Drug inspectors have seized samples of Johnson & Johnson Baby Powder from a factory in Himachal Pradesh, an industry source said on Wednesday, following a Reuters report that the firm knew for decades that cancer-causing asbestos lurked in the product.

The person, who was not authorised to speak with media and so declined to be identified, said the Central Drugs Standard Control Organization (CDSCO) took samples from the firm's Baddi plant on Tuesday.

J&J India did not have any immediate comment on the seizure. A CDSCO spokeswoman did not respond to a request for comment.

On Tuesday, Johnson & Johnson said the Reuters article, published on Friday, was "one-sided, false and inflammatory".

"Johnson & Johnson's Baby Powder is safe and asbestos free," the U.S. company said. "Studies of more than 100,000 men and women show that talc does not cause cancer or asbestos-related disease. Thousands of independent tests by regulators and the world's leading labs prove our Baby Powder has never contained asbestos."

Surendranath Sai, a regional drug officer in Telangana, on Wednesday said he had instructed inspectors to seize samples there.

"On the basis of the news report, we are alerting staff to pick up samples. We will test them in a drug control lab here," said Sai. "We will take action accordingly. Certainly we are worried because millions of babies may be affected."

Earlier, the Times of India quoted an official source as saying 100 drug inspectors had been assigned to examine different manufacturing facilities, wholesalers and distributors linked to J&J India, starting early on Wednesday.

A health ministry spokeswoman declined to comment when contacted by Reuters, however a senior official at the ministry said the report was worrying.

"We are concerned about it and will take action," the official told Reuters, declining to be identified citing the sensitivity of the matter. The official did not elaborate on what kind of action.

On Tuesday, a CDSCO spokeswoman said the Reuters report was "under consideration" but it was too early to say whether a formal investigation would be launched into the baby powder that is ubiquitous in India, a country of 1.3 billion people.

A Reuters examination of company memos, internal reports and other confidential documents, as well as deposition and trial testimony, showed that from at least 1971 to the early 2000s, Johnson & Johnson's raw talc and finished powders sometimes tested positive for small amounts of asbestos, and that company executives, mine managers, scientists, doctors and lawyers fretted over the problem and how to address it while failing to disclose it to regulators or the public.

Johnson & Johnson said on Monday it planned to buy back up to $5 billion of its stock, after $40 billion was wiped from its market value following the Reuters report.