The US dollar hovered just above a one-week low reached overnight as markets reduced the odds of a percentage-point Federal Reserve rate hike. 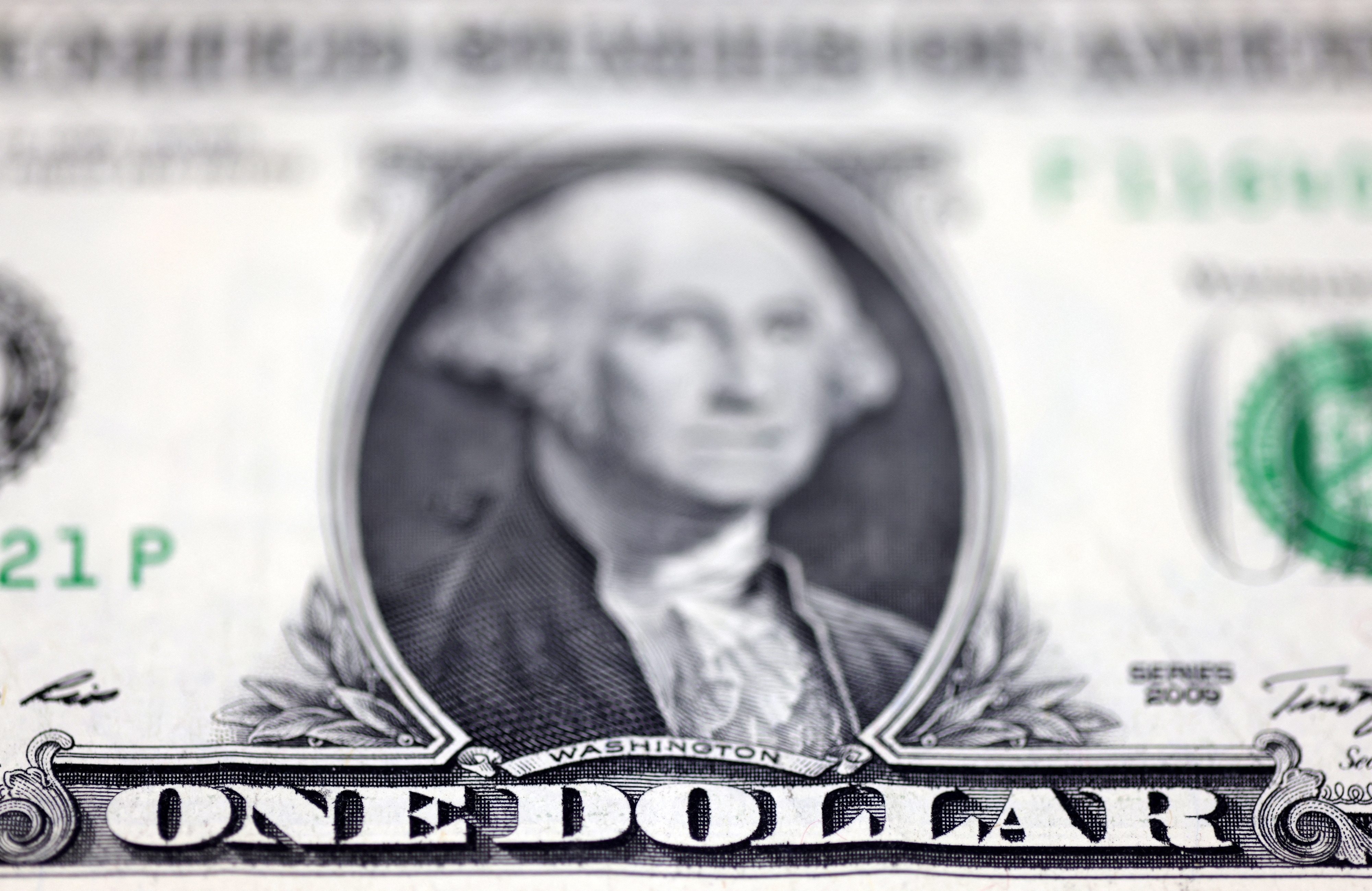 The US dollar hovered on Tuesday just above a one-week low reached overnight versus major peers as markets reduced the odds of a percentage-point Federal Reserve rate hike this month.

Bets for supersized easing ramped up last week after data showed US inflation, already at a four-decade high, continued to accelerate in June. But some Federal Reserve officials were quick to throw cold water on such talk, and figures from Friday showed a easing of consumer inflation expectations to the lowest in a year.

Traders in futures contracts tied to the Fed's short-term federal funds policy rate, who had been leaning toward a full-percentage-point rise in interest rates, shifted their bets firmly in favour of a 0.75-percentage-point increase at the upcoming meeting, with the odds last seen at about 81 per cent.

The euro, which is the most heavily weighted currency in the dollar index, slipped 0.08 per cent to $1.01355, but that came after putting on around 0.6% overnight for a second day of strong gains.

The common currency slid as low as $0.9952 on Thursday for the first time since December 2002, pressured by uncertainty about a potential energy supply crunch in the euro zone.

Traders are biting their nails ahead of Thursday, when gas is supposed to resume flowing through the Nord Stream pipe from Russia to Germany after a shutdown for scheduled maintenance.

Russia's Gazprom declared force majeure on gas supplies to Europe to at least one major customer, in a letter dated July 14 and seen by Reuters on Monday.

Despite the uncertainty, the European Central Bank is poised to raise interest rates on Thursday for the first time in more than a decade. It has telegraphed a 25 basis-point move, but heated inflation has some traders punting for a half-point hike.

"The balance of risks is tilted to a weaker EUR (whereas) the path of least resistance for the USD is to continue trending higher because of the poor global growth outlook," Commonwealth Bank of Australia analyst Carol Kong wrote in a client note, referring to the dollar's role as a safe haven.

Elsewhere, the yen hovered near a 24-year low ahead of a Bank of Japan policy decision on Thursday, with the central bank committing repeatedly in recent days to continued ultra-easy settings.

Sterling eased 0.13 per cent to $1.1935, pulling away from Monday's one-week high of $1.2032. It slumped to $1.1761 on Thursday for the first time since March 2020 as Britain faces an acrimonious and divisive contest to replace ousted prime minister Boris Johnson.