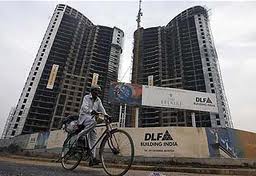 Sales were down nearly 20 percent at Rs 2,040 crore over the same period.

Analysts expected the company to post net profit of Rs 269 crore, according to Thomson Reuters I/B/E/S.

Shares in DLF ended down 2.68 percent at Rs 205.5 on Monday before the earnings in a flat Mumbai market.