Diesel prices to be hiked by 40-50 paise every month: Oil Minister 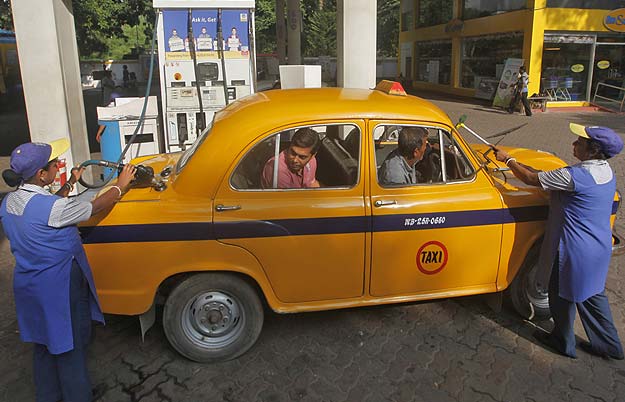 Diesel prices will be hiked by 40-50 paise per litre every month until the losses from selling the nation's most used fuel at subsidized rates have been completely wiped out, Oil Minister Veerappa Moily said today.

"Until further orders, oil marketing companies can increase it (diesel price) by 40-50 paise (per litre) every month," he said.

Mr. Moily said the decision to raise diesel prices in small doses every month will stand "until further orders". He, however, did not say when the oil firms were likely to announce another round of price increase.

While the price of petrol is purely market-determined, diesel remains mostly under government control even though oil firms now have the freedom to make minor revisions to the price.

India's policy to subsidise retail prices of fuels such as diesel, which accounts for about 40 per cent of refined fuel consumption, is a major drain on the budget. State-run refiners currently sell diesel at a loss of Rs 10.80 per litre.

India is largely dependent on imports for its fuel needs. In order to minimize its dependency on imports by 2030, the Oil Ministry will set up a committee under Vijay Kelkar, former advisor to the Finance Ministry, which will submit a proposal in two months, Mr Moily added. Mr Kelkar is also heading a committee on fiscal consolidation, which had suggested an increase in fuel prices and the deregulation of diesel.

In its decision last month to allow oil retailers to effect small changes in diesel prices, the government also decided to charge bulk consumers like defence, railways and state transport undertakings the market price -- almost Rs 10 a litre more than the retail selling rate -- to save an estimated Rs 12,907 crore in annual subsidy.

Mr Moily said he had heard of states like Gujarat and Tamil Nadu asking their public transport fleet to refuel at petrol pumps instead of buying diesel from oil firms directly as is the current practice. This is being done with a view to avoid paying the market price mandated for them.

"We need to look into that (issue). I have also heard about it. We are ceased of that matter," he said, adding when rules are laid there are people who find ways to circumvent it.

Instead of buses being asked to refuel at petrol pumps, the states should reduce high local sales tax or value added tax on diesel to cut prices, the Oil Minister added.

With inputs from PTI and Reuters