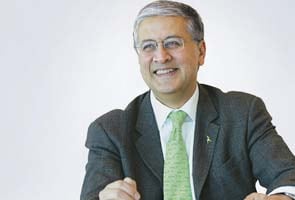 India-born Ivan Menezes has been named as the next boss of Diageo, the world's biggest producer of alcoholic drinks and maker of popular brands like Johnnie Walker.

Mr Menezes, 53, currently the chief operating officer, will replace Paul Walsh as CEO of the company on July 1.

Mr Walsh, 58, is retiring after being at helm of the company for 13 years.

To ensure a smooth transition, Mr Walsh will stay on for one year before retiring on June 30, 2014, the London-based company said in a statement on Tuesday.

"Ivan Menezes will be appointed Chief Executive of Diageo with effect from 1 July, 2013. Paul Walsh, who will step down from the Board at the September 2013 Annual General Meeting, will retire from the company on 30 June 2014," it said.

"We are delighted to have a leader of Ivan's talents and global experience to succeed Paul. The handover is being made at a time when the business is strong and Ivan takes on the role of CEO at an exciting stage of the company's global development," said Diageo chairman Franz B Humer.

"The Board is confident that Ivan will inspire our organisation and Diageo will continue to achieve our medium-term performance objectives," he said.

He also termed Mr Walsh as an "outstanding chief executive".

"The Board is immensely grateful for his ambitious and thoughtful stewardship of the business and its people. The transition process which has been put in place enables Paul to contribute his knowledge and experience during Ivan's first year as Chief Executive Officer," Mr Humer said.

Mr Menezes holds a BA degree in Economics from St Stephen's College, Delhi, and a PG Diploma from the Indian Institute of Management, Ahmedabad.

He has previously worked with Nestle in Asia, Booz-Allen & Hamilton Inc in North America and Whirlpool in Europe.

Diageo is a global company, with its products sold in more than 180 countries around the world. Diageo entered the Indian made foreign liquor segment with the launch of Rowson's Reserve, a premium IMFL whisky.