Deutsche Bank, Amid Job Cuts, On Biggest Bout Of Hiring In India In Years

Deutsche Bank started its India operations in 1980 and now has about 1,800 employees in businesses. 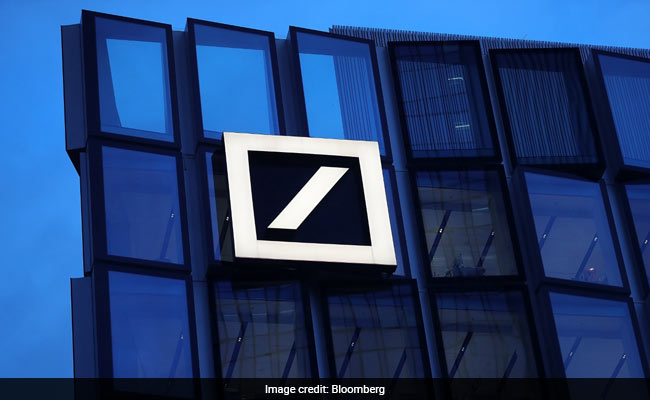 Deutsche Bank AG's only retail banking franchise outside Europe is getting more investment, amid sweeping cost cuts and restructuring taking place elsewhere at the German lender.

After receiving a 470 million euro ($520 million) capital injection earlier this year, Deutsche Bank's Indian operation is set to hire about 140 people and boost its retail banking and wealth management operations.

"The India franchise is given the mandate to expand, as this is a growth market and everyone has high expectations from this country," said Amit Bhatia, the bank's India head of private and commercial clients. "Plans are on for aggressive growth, and we have been assured that capital is not going to be a concern," Mr Bhatia added in a recent interview.

The ambitions for India reflect Deutsche Bank's wider focus on retail banking and wealth management as it pursues the sweeping restructuring unveiled by Chief Executive Officer Christian Sewing earlier this year, involving the loss of 18,000 jobs and a plan to reduce costs by about a quarter. Some of the heaviest cuts are falling on investment banking and trading, and all new hiring requires approval from Sewing.

In India, Deutsche Bank has received approval to add 120 people in retail banking plus 19 relationship managers for its local wealth business, its biggest bout of hiring in the country in several years, a spokesman for the lender said. Helped by the recent capital injection, it will boost loan sizes to corporate clients, launch a discretionary portfolio management service and bolster digital banking channels, the spokesman added.

However, India isn't immune to the wider cost cutting. Earlier this year the German lender let go more than 20 people in India as part of its global move to withdraw from equity sales and trading.

The retail business in India is focused on mortgage lending and loans to small businesses, also the source of many of the bank's wealth clients. Profit before tax in India rose 19 per cent to 363 million euros last year, as the lender kept bad loans and costs under check, filings show. That was well over half the total pretax profit in Asia of 609 million euros.

With a net interest margin in India of about 3 percentage points, the bank sees an opportunity to increase profit by boosting its loan book, Mr Bhatia said.

The hiring and growth plans also mark the end of a period of uncertainty while Deutsche Bank was considering a sale of its local wealth and retail operations to IndusInd Bank Ltd. Those plans were abandoned in 2018 after the German bank decided the price on offer didn't justify selling the business, people familiar with the matter said last year.

Assets under management in the Indian private banking business now stand at around Rs 17,000 crore ($2.3 billion), up by Rs 2,000 crore since October, after remaining steady for the previous two years, said Atinkumar Saha, who heads the wealth operation. Deutsche Bank has singled out wealth as a priority area in other countries, despite the wider restructuring.

A change in incentive structures to reward corporate bankers who bring in new clients to the private bank has also helped boost Indian AUM, Mr Saha said. "New clients are coming and our relationship managers are on the front foot as uncertainties regarding a possible sale are behind us," he added.

Deutsche Bank started its India operations in 1980 and now has about 1,800 employees in businesses including retail and wholesale banking, investment-banking advisory and wealth-management services. The retail bank has 17 branches in 16 Indian cities, the only such operation outside Europe. In 2011, Deutsche Bank sold its credit card business, and four years later, it sold its local asset management unit.

"For two years we didn't grow as the global woes and uncertainties put us on the back foot," said Mr Saha. "Now we are moving ahead and are planning to add resources at a pace never seen before."

(Except for the headline, this story has not been edited by NDTV staff and is published from a syndicated feed.)
Comments
Deutsche Bank