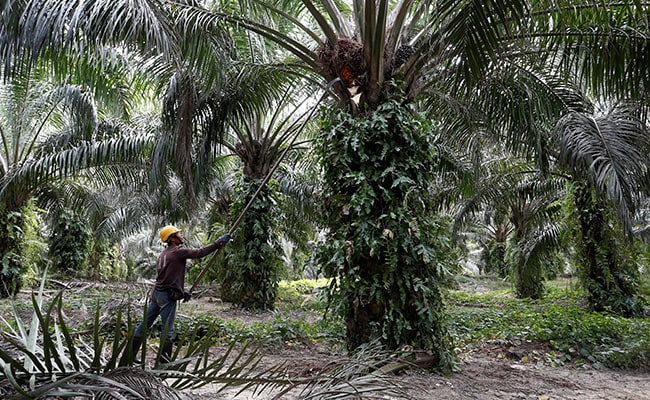 India's palm oil imports were the highest in seven months, despite Indonesia's ban on exports

India's palm oil imports in May were its highest in seven months and up 15 per cent on April as the country overcame curbs on Indonesian exports by sourcing more of the commodity from Malaysia, Thailand and Papua New Guinea, five industry officials said.

Higher purchases by India, the world's biggest importer of vegetable oil, could support Malaysian palm oil prices, which are trading near a record high.

India imported 660,000 tonnes of palm oil in May, up from 572,508 tonnes in April, according to the average estimate from five dealers.

Indonesia, the world's biggest producer and exporter of palm oil, on April 28 halted exports of the product to control soaring prices at home. Jakarta allowed exports to resume from May 23 but put in place policies to safeguard domestic supplies.

The Solvent Extractors' Association of India, a trade body based in Mumbai, is likely to publish May's import figure in mid-June.

India's soyoil imports in May rose to 352,614 tonnes from 315,853 tonnes in April, said a senior government official, who declined to be named.

The country's soyoil imports could rise sharply in coming months, because New Delhi has allowed duty free imports of 2 million tonnes of the commodity, said a Mumbai-based dealer with a global trading firm.

Sunflower oil imports jumped to 123,970 tonnes in May from 67,788 tonnes a month earlier, the government official said.

India buys soyoil mainly from Argentina and Brazil and sunflower oil from Ukraine and Russia.

"As sunoil shipments from Ukraine have stopped, India is trying to import more from Russia," the dealer said.