Delhi Metro and BEL had signed an MoU in September 2020 in order to develop the rolling stock driver training system-useful for training drivers of railway or metro trains. 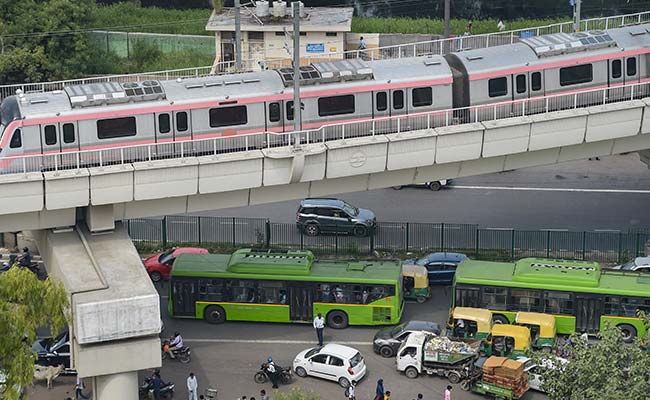 Delhi Metro launched the first prototype of a 'Made-in-India' simulator to train its drivers - in a step towards indigenising technologies involved in metro operations in the country. In this regard, metro operator Delhi Metro Rail Corporation (DMRC) in association with state-run engineering manufacturing firm Bharat Electronics Limited (BEL) launched the first prototype of an indigenous rolling stock driver training system (RSDTS).

Delhi Metro authorities also demonstrated the functioning of a super - supervisory control and data acquisition (SCADA) system, which is being developed as a monitoring system for equipment and assets to rationalize maintenance periodicity, manpower requirement and spares management.

As part of the government's 'Make in India' initiative, DMRC and BEL had signed a memorandum of understanding (MoU) in September 2020 in order to develop the rolling stock driver training system - useful for training drivers of railway or metro trains.

The system will also be used for evaluating the driving skills of a working train operator, which is done periodically for safety reasons. This will be the first indigenously developed universal train driving simulator that can be suitably modified for any Metro system or Railways, according to a statement shared by Delhi Metro.

The system being developed indigenously has the facility of the same core software to be utilized for creating different combinations of rolling stock, signaling and line profiles, by changing the input data files, along with minor hardware changes in the driving desk, if required. This will enhance the flexibility of the training system and could majorly result in saving costs, as the same system can be used for multiple stocks and different routes.