Deals Worth $100 Billion In India's Biggest Merger And Acquisition Boom

Transactions involving domestic companies have reached $104.5 billion in 2018, according to data compiled by Bloomberg. 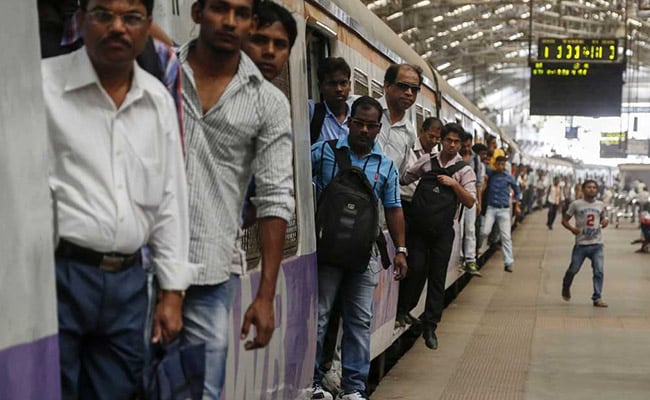 A sustained dealmaking boom, however, is far from guaranteed.

The biggest mergers-and-acquisitions boom in Indian history has investment bankers preparing for even more dealmaking to come. Transactions involving domestic companies have reached $104.5 billion in 2018, trouncing the previous annual record with almost four months left in the year, according to data compiled by Bloomberg. The tally may surpass $100 billion again in 2019, said Sanjeev Krishan, a Gurgaon-based partner at PwC India who focuses on private equity and deals.

(Investment bankers are preparing for even more dealmaking to come.)

The combination of a new bankruptcy law, a race for dominance in the e-commerce industry and a record war chest at Asia-focused private equity funds has created what some are calling an unprecedented opportunity for dealmaking in the world's fastest-growing major economy. The burst of activity is not only good news for investment bankers, it's also helping to rid the financial system of bad debt and modernize a retail sector that serves 1.3 billion people.

The new bankruptcy code has put dozens of delinquent borrowers on the block, spanning industries from steel to power and infrastructure. The more than $5 billion purchase of bankrupt Bhushan Steel Ltd. by Tata Steel Ltd. in May was this year's second-biggest deal between two domestic companies. 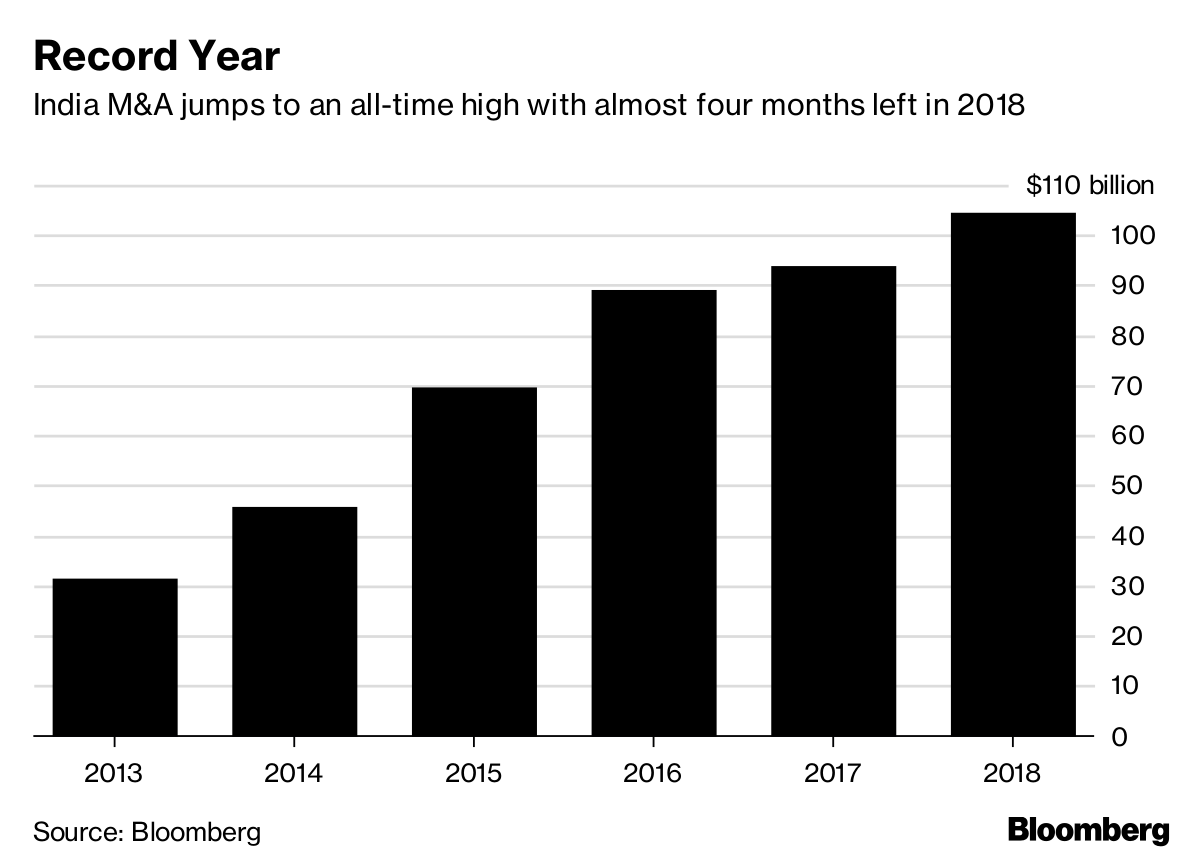 (The burst of activity is also helping to rid the financial system of bad debt.)

Annual spending by local online shoppers may jump more than sixfold to $200 billion in about a decade amid a proliferation of smartphones and cheap data plans, according to Morgan Stanley. The consumer market is "the next big battlefield, and strategics recognize that," said Gaurav Mehta, the Mumbai-based country head at Raine Group LLC, a boutique advisory firm focused on the technology, media and telecom industries.

A sustained dealmaking boom is far from guaranteed. The rupee has slumped to an all-time low amid an investor exodus from emerging markets, threatening to dent business confidence and prompt foreign acquirers to wait for even more currency weakness before stepping in. Some buyers may also pause until they see the outcome of national elections next year.

For now though, the pipeline for local deals looks strong. UK pharmaceutical giant GlaxoSmithKline Plc has requested bids by mid-September for a controlling stake in its $4.2 billion Indian consumer-health unit, people with knowledge of the matter said last month. Kraft Heinz Co. has narrowed the list of bidders for a portfolio of Indian businesses it's trying to sell for about $1 billion, while bankrupt Essar Steel India Ltd. has attracted bids from groups backed by ArcelorMittal and VTB Capital.

Meanwhile, Asian private-equity funds are flush with cash and looking for opportunities. They had a record $225 billion available to deploy at the end of 2017, according to Bain & Co. Private equity and venture capital funds boosted their investments in the country by 46 per cent to $15.2 billion in the first half, data compiled by EY show.

"We expect 2018 to be a blockbuster year for M&A," said PwC's Krishan. "Many of the deal drivers visible currently are expected to continue next year."