Future Group's flagship retail unit, Future Retail was once the country's second-largest retailer but has been in bankruptcy proceedings after it defaulted on loans. 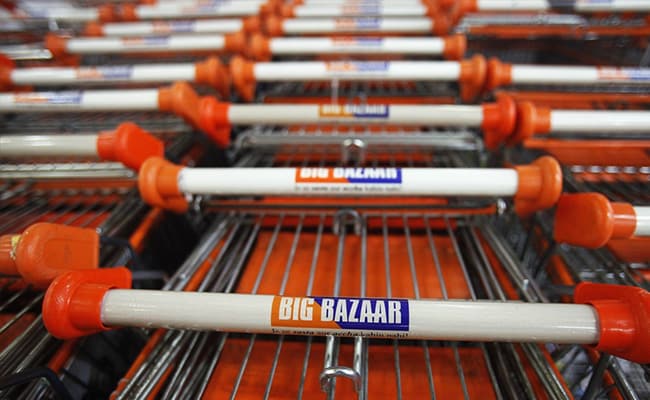 The deadline had ended on Oct 20, but has been extended to Nov 3. (File)

The resolution professional for India's debt-laden Future Retail Ltd has extended the deadline for potential buyers to submit their bids for the retailer, due to tepid interest, two banking sources said on Friday.

The deadline had ended on Oct. 20, but has been extended to Nov. 3, according to an updated document released by the resolution professional (RP).

"There were hardly any bids and none from any significant ones so it has been decided that we should allow more time to see if more bids come in," said a senior executive at a state lender that has exposure to the Future group.

Future Retail's RP did not immediately respond to an email seeking comment.

Future Group's flagship retail unit, Future Retail was once the country's second-largest retailer but has been in bankruptcy proceedings after it defaulted on loans and its lenders rejected a $3.4 billion sale of its assets to market leader Reliance Industries.

The company's lenders had submitted loan claims of about 210.58 billion rupees ($2.55 billion) in August, under the ongoing insolvency process. The lead lenders include Bank of India and State Bank of India.

A total of 33 banks, including Bank of New York Mellon, HDFC Bank and Barclays Bank Plc among others, had filed the claims.

Banks had rejected Future's $3.4 billion sale of its retail assets earlier this year amid a legal challenge by U.S. e-commerce giant Amazon.com Inc, which has accused Future of violating certain contracts by dealing with Reliance, run by one of India's richest man, Mukesh Ambani.