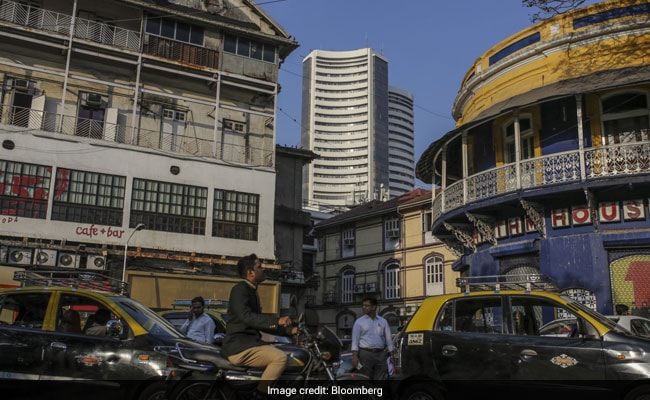 India wants to more than triple its annual exports to $1 trillion in the next five years, an exacting target given slowing global growth and escalating trade tensions.

Achieving that export goal is key to making India a $5 trillion economy, Commerce Minister Piyush Goyal said in New Delhi on Thursday. The South Asian nation's exports totaled $330 billion in the year ended March, in comparison to China's $2.6 trillion in 2018.

The daunting nature of the target becomes clear when you review the country's trade performance in the previous five years -- it managed to grow its exports by a meager $16 billion during that period. 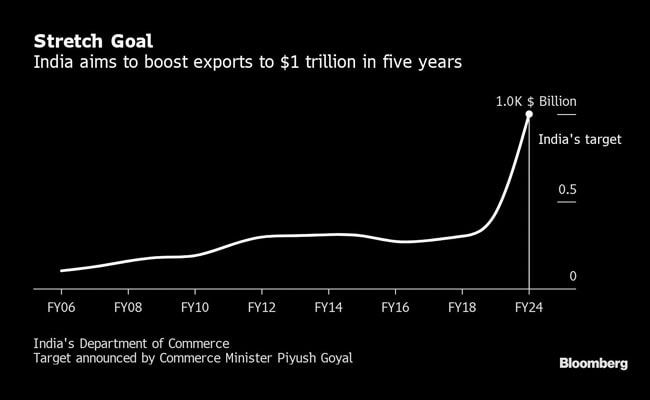 "Hitting $1 trillion will be very difficult unless India finds some large oil fields," said Rahul Bajoria, a senior economist with Barclays Bank in Singapore. "If you include both goods and services it can be done but you need to be gaining market share."

Mr Goyal didn't specify whether he was talking only about goods exports. The country's overall exports, including services, were at $535 billion last year.

India, along with a number of economies in South and Southeast Asia, is looking to benefit from opportunities created by the US-China trade war that's forced businesses to look for newer markets unaffected by tariffs. The gains aren't guaranteed though: Vietnam, which is seen as a big winner from the trade tensions, saw orders for textile -- one of its biggest exports -- drop 30 per cent from a year ago in the first half of 2019.

Prime Minister Narendra Modi, who returned to office for a second term in May, has pledged to grow India to a $5-trillion economy by 2024, from $2.7 trillion now. While that goal requires an annual economic expansion of 9-10 per cent, data for last quarter showed gross domestic product growth slowed to a six-year low of 5 per cent amid waning domestic consumption.

"Don't go into the calculation that you see on television," Mr Goyal said, referring to estimates that show India needs to grow at 12 per cent to become a $5 trillion economy. "Today it is growing at 6-7 per cent. Don't get into those maths."