The much-awaited Cryptocurrency Bill is unlikely to be presented in the upcoming Union Budget 2022-23 session, government sources told NDTV on Tuesday. 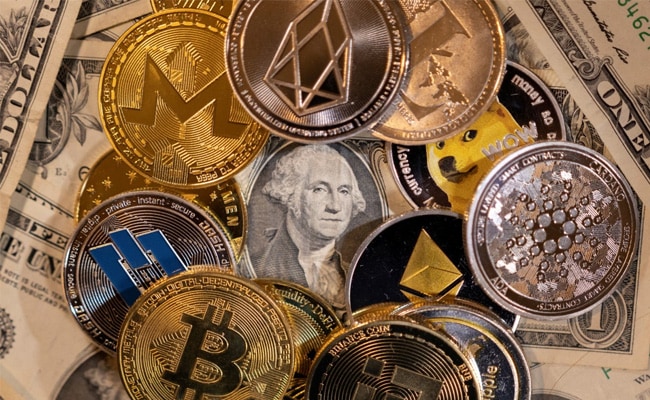 The Crypto Bill proposes a penalty for violations by individuals as well as corporate bodies.

New Delhi: The much-awaited Cryptocurrency Bill is unlikely to be presented in the upcoming Union Budget 2022-23 session, government sources told NDTV on Tuesday. The Bill, which had seen a 360-degree turn in the winter session of Parliament going from "ban" to inching closer towards a "regulation", is still not completely ready, people familiar with the development said.

Sources indicated that any decision on Bill's final structure is likely to come after the elections.

They also mentioned that Prime Minister Narendra Modi wanted global deliberations on crypto regulations, which he had suggested in his recent World Economic Forum (WEF) address. Speaking at the virtual summit of WEF on Monday, PM Modi had called for synchronised global action to regulate cryptocurrencies.

Sources further stated that the delay is unlikely to provide more clarity on the taxation of crypto income in the country. Currently, there are indications that the Centre could consider levying TDS (tax deducted at source)/TCS (tax collected at source) on the sale and purchase of cryptocurrencies above a certain threshold.

In December last year, it was reported that there could be more changes in the Crypto Bill.

The Cabinet note, which NDTV had exclusive details to, proposed a penalty for violations by individuals as well as corporate bodies. Offences under the law will be non-bailable and could be punished with a jail term of one and a half years and a fine of up to Rs 50 crore. Also, crypto to be seen as assets and regulated by market regulator SEBI.

The size of crypto assets in India is about Rs 45,000 crore with about 15 million investors.

Finance Minister Nirmala Sitharaman will present the Budget on February 1.