Hike in subsidised fertiliser rates has been effected as one-time measure as part of Covid-19 package to reduce the hardships of farmers. 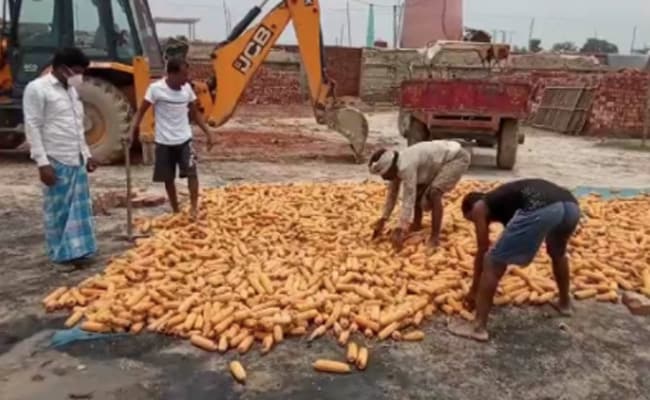 Amid rising global prices of raw materials of various varieties of fertilisers like DAP and Phosphatic and Potassic (P&K) which are widely used in India, that have put a lot of financial burden on farmers, the Government has increased their subsidy rates under the nutrient based subsidy (NBS) scheme for the current financial year.

The estimated additional subsidy burden for such an arrangement will be around Rs 14,775 crore, official sources said.

The Union Cabinet on Wednesday approved the proposal of the Ministry of Chemicals and Fertilisers in this regard.

A statement issued by the Cabinet Committee on Economic Affairs said, "in the recent past, the international prices of raw materials of DAP and other P&K fertilizers have increased sharply. Prices of finished DAP among others in international market have also increased. Despite this sharp increase, DAP prices in India were initially not increased by the companies however, some companies increased the DAP price in the beginning of this financial year. Government is fully sensitive to the concerns of farmers also and is already taking steps to tackle the situation so that farming community can be saved from the effects of this price rise of P&K fertilisers (including DAP)."

The decision by the Cabinet to increase the subsidy rates under the NBS scheme as a special package for farmers, has been done in a manner so that the maximum retail price of fertilisers can be kept at last year's level till the present Kharif season, official sources said.

"This has been done as one-time measure as part of Covid-19 package to reduce the hardships of farmers. As anticipated that international prices may come down in few months, Government may review the situation accordingly and decide regarding subsidy rates at that point of time," the statement added further.