Five of the eight high-frequency indicators, including exports, tracked by Bloomberg News improved last month, while three were steady. 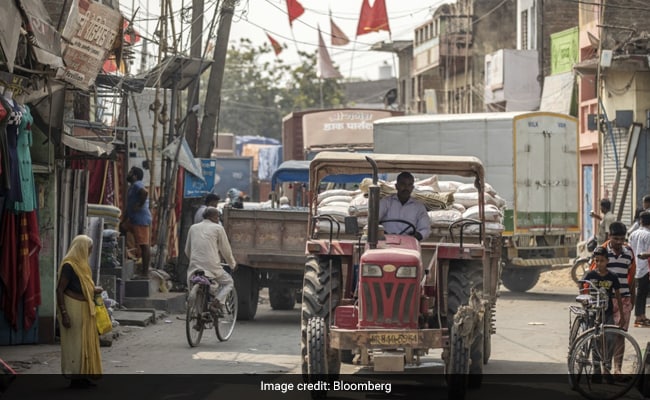 India's economy picked up speed in September as a revival in demand and business activity helped drive the South Asian nation toward recovery from the pandemic-induced slump.

Five of the eight high-frequency indicators, including exports, tracked by Bloomberg News improved last month, while three were steady. That helped move the needle on a dial measuring the so-called 'Animal Spirits' to 5 from 4 in August -- a level arrived at by using the three-month weighted average to smooth out volatility in the single-month readings.

Economists, including those at the Reserve Bank of India, attributed the recovery to pent-up demand after a strict lockdown imposed in March to contain the coronavirus outbreak hit the consumption of goods and services. While inventory re-stocking will underpin business activity in the coming months, the improvement might still not be enough to prevent Asia's third-largest economy from contracting in the financial year to March 2021.

Activity in India's dominant services sector continued to recover, with the main index rising to 49.8 in September from 41.8 in August. While that's a marked improvement from April's record low of 5.4, a number below 50 suggests it's still in contraction territory and will probably be a drag on overall growth in the July-September quarter. 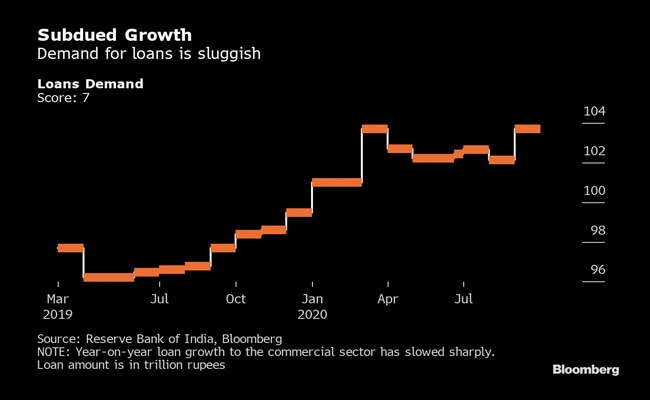 Manufacturing activity was a bright spot, with the purchasing managers index rising to 56.8 -- the highest reading since January 2012 -- on the back of a sharp expansion in new work orders, according to IHS Markit. This helped the composite index back into expansion territory -- at 54.6 -- after five months of contraction. 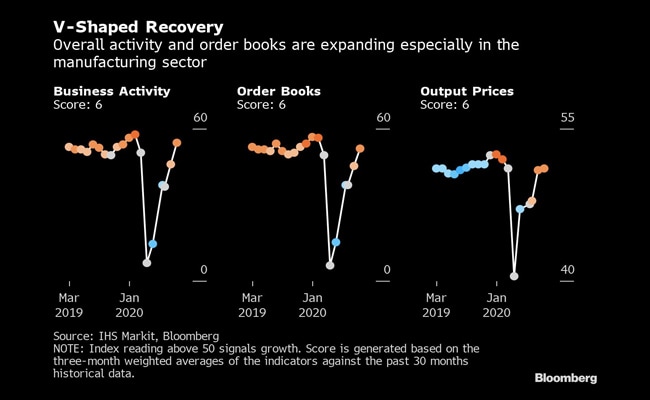 Exports returned to positive territory with shipments rising 6 per cent in September from a year earlier. Farm exports and shipments of drugs and pharmaceuticals helped the recovery, with engineering goods and chemicals also adding to the rise. A contraction in imports moderated, resulting in a narrowing of the trade deficit. 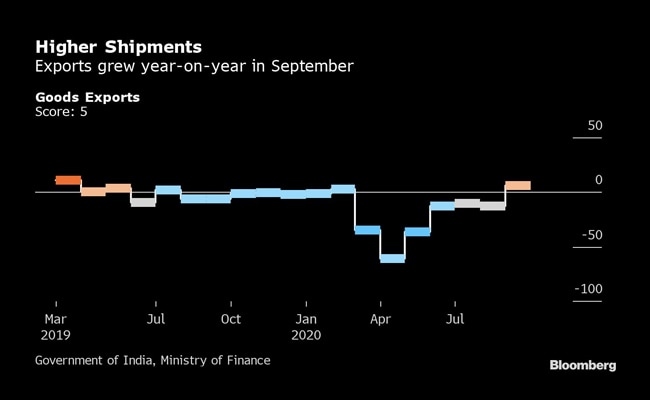 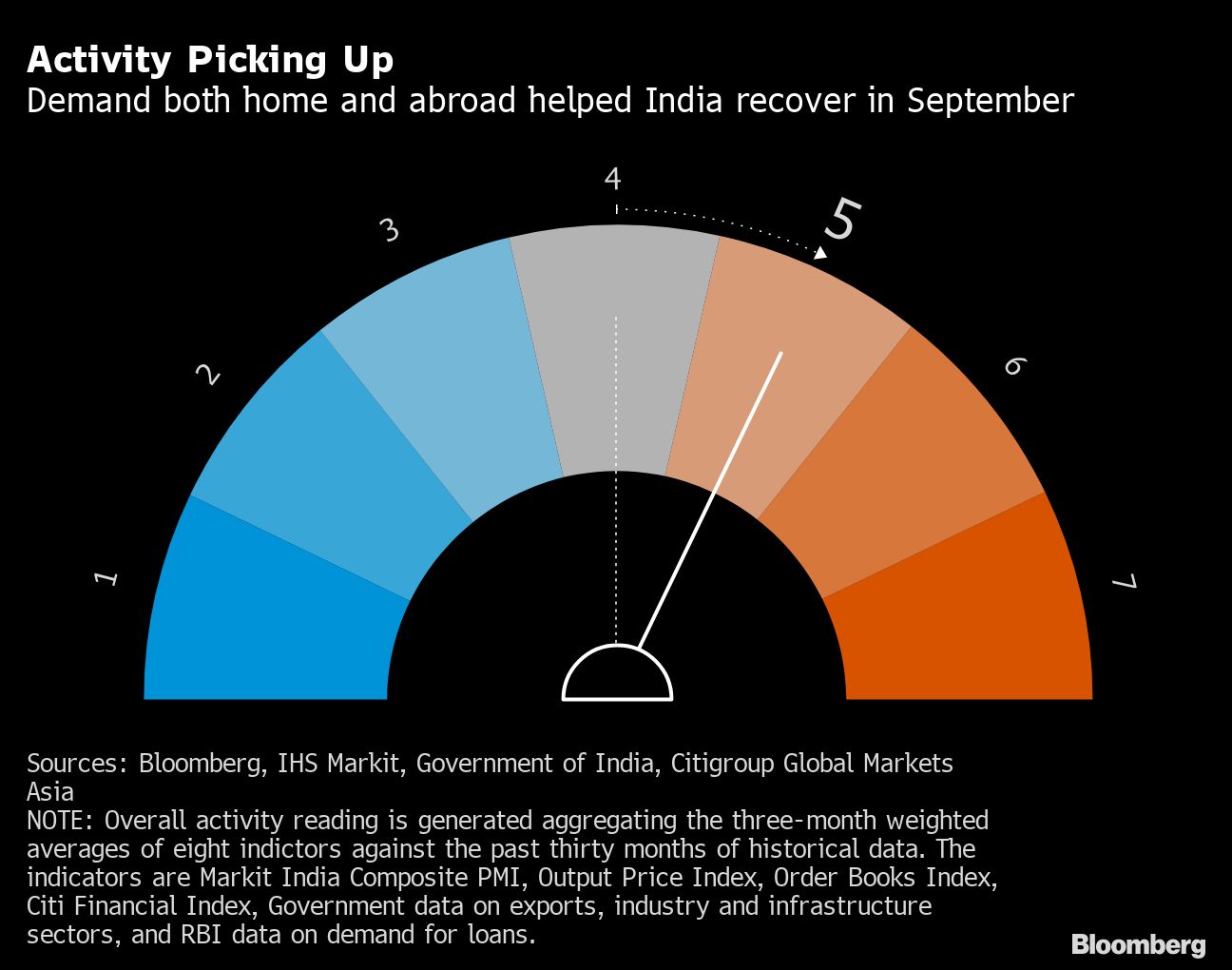 Passenger vehicle sales, a key indicator of demand, rose 26.5 per cent in September from a year ago. Retail sales too showed signs of stabilizing, even though it was nearly 70 per cent below the year-ago level, according to ShopperTrak. That was mainly because consumer confidence remained in the dumps, an RBI survey showed, with respondents worried about jobs, loss of income and stubbornly high inflation.