Economy contracted by 7.5 per cent in the July-September quarter, compared to 23.9 per cent decline in the previous quarter with some recovery signs in the manufacturing sector 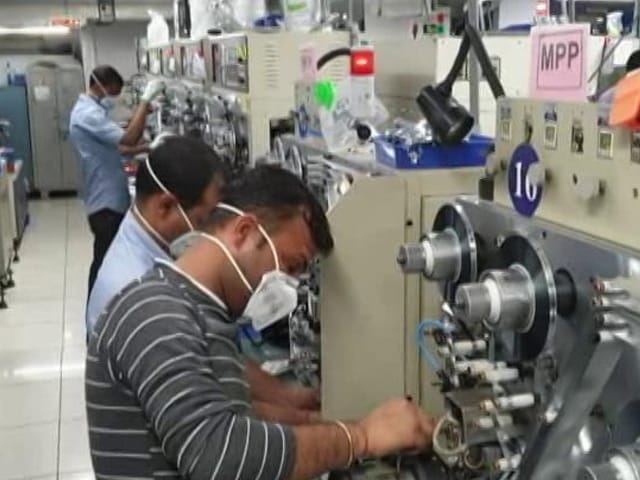 The manufacturing recovery declined in November amid fears of COVID-19, impacting factory output and consumer demand. The decline in output prompted several firms to cut jobs for the eighth month in a row. The Purchasing Managers' Index (PMI) declined to 56.3 in November 2020 from October's record of 58.9, according to IHS Markit report. The economy contracted by 7.5 per cent in the July-September quarter, as compared to 23.9 per cent decline in the previous quarter. The Q2 GDP data showed some recovery signs in the manufacturing sector. The growth was led by consumer goods, which was the only sector to see a sturdy rate of increase. The easing of COVID-19 lockdown restrictions, along with the improvement of market conditions, supported an increase in production.

The sub-indexes tracking the overall demand and output showed robust growth, however, the rates of expansion were the weakest in three months. "Although the softening of rates of expansion seen in the latest month does not represent a major setback, since these are down from over decade highs in October, a spike in COVID-19 cases and the possibility of associated restrictions could undermine the recovery,'' said Pollyanna De Lima, economics associate director at IHS Markit.

The recent increase in COVID-19 cases in some parts of the country also pushed the local governments to reimpose some restrictions on mobility, which can threaten the economic recovery. The rate of employment decreased as several companies observe social distancing guidelines. The rate of layoffs or job shedding was unchanged since October, according to the report. Companies also noted an increase in outstanding business last month.

Pollyanna added that employment remained in contraction territory, however, with companies reportedly keeping the minimum possible number of workers as per government guidelines. Meanwhile, the strongest rise in the input costs since August compelled many firms to increase selling prices in a matter of nine months, indicating overall inflation would remain above the Reserve Bank of India's (RBI) medium-term target of 2 per cent to 6 per cent.

The manufacturing sector recovered from a 39.3 per cent contraction in the first quarter of this financial year to a 0.6 per cent growth in the second quarter, according to the Ministry of Statistics and Programme Implementation.