Indian merchants have contracted to export 4.7 million bales so far this marketing year. 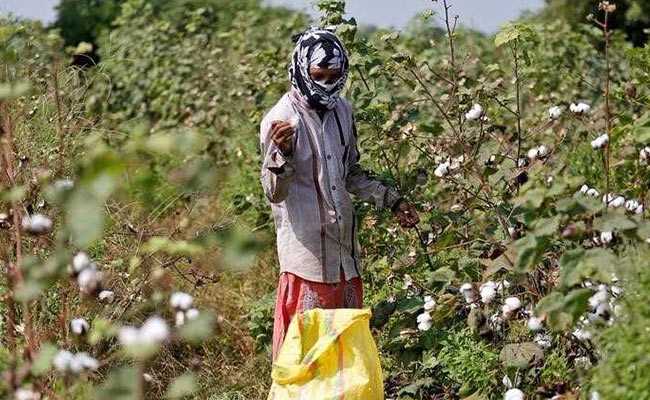 Mumbai: India's cotton exports have been gathering pace after global prices jumped to four-year highs, with traders in the world's top producer of the fibre signing contracts in the last three weeks to ship over 1 million bales, industry officials told Reuters.

Increased supply from India could drag on the rally in international prices and would likely compete with shipments to Asia from exporters such as Australia, Brazil and the United States.

"Bangladesh, Vietnam and Pakistan are aggressively buying from us due to lower prices. We have freight advantage over others," said Chirag Patel, chief executive at India's Jaydeep Cotton Fibers Pvt Ltd.

Indian cotton is being offered around 82 to 85 cents per lb on a cost and freight basis (C&F) to buyers in Bangladesh and Vietnam, compared to over 90 cents from the United Sates and Brazil.

"There is continuous export demand at the current price level," said Atul Ganatra, president of the Cotton Association of India (CAI).

India could export more than 6 million bales in the current season ending on Sept. 30, up a fifth from previous estimates, Ganatra said.

"In January, we were expecting India could end the season with exports of 5 million bales. Now even 6.5 million bales seem quite possible," said a Mumbai-based dealer with a global trading firm. He declined to be identified as he was not authorised to speak with media.

Indian merchants have contracted to export 4.7 million bales so far this marketing year, of which nearly 3.5 million have already been shipped, industry officials and dealers said.

The country exported 5.82 million bales of cotton last marketing year, according to data compiled by the state-run textile commissioner's office.

A depreciation in the Indian rupee has also boosted exporter profits, stoking the appeal of sending cargoes abroad, dealers said.

The upturn in exports marks a change from just a couple of months ago, when lower global cotton prices meant there was little incentive to ship overseas.

Demand from Pakistan, which resumed imports from India in January after making no purchases in the previous quarter, has been strong and the country could take as much as 800,000 bales this year, said Patel at Jaydeep Cotton.

India is likely to produce 36.2 million cotton bales in 2017/18, down 1.4 percent from an earlier estimate as the pink bollworm pest has hit some crops in key growing regions such as the western state of Maharashtra, said CAI's Ganatra.

Promoted
Listen to the latest songs, only on JioSaavn.com
The nation's cotton stocks could fall to their lowest in 14 years at 2.2 million tonnes at the end of the 2017/18 season, sapped by higher exports and improvement in domestic consumption, CAI estimates.
© Thomson Reuters 2018