Aggregate net income of 46 NSE Nifty 50 members grew 4.8 per cent from a year earlier in the quarter through September, according to data compiled by Bloomberg. 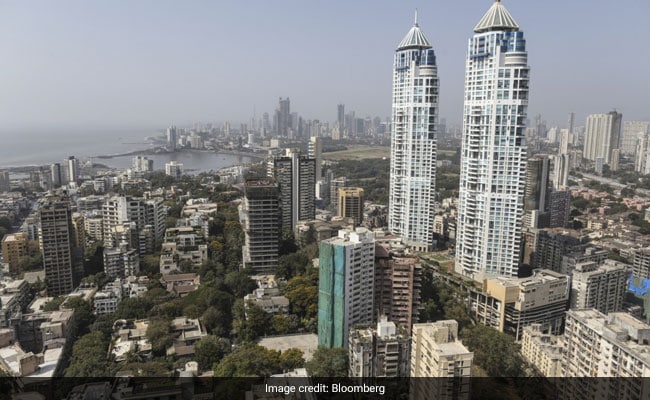 About two-thirds of the earnings beat or matched analyst estimates

Profits at Indian companies have rebounded from the worst decline in at least a decade amid signs of an economic recovery.

Aggregate net income of 46 NSE Nifty 50 members grew 4.8 per cent from a year earlier in the quarter through September, according to data compiled by Bloomberg. About two-thirds of the earnings beat or matched analyst estimates, compared with double-digit profit declines in the two previous quarters. By contrast, combined profit for MSCI Asia Pacific constituents remains below year-ago levels.

Lenders including ICICI Bank Ltd. and technology firms such as Infosys Ltd. are among those that beat estimates, signaling business conditions are recovering faster than analysts had predicted. Still, while cost-cuts shored up operating profits, sales dipped for many companies from a year ago and the central bank cautioned risks remain even as prospects brightened in October. 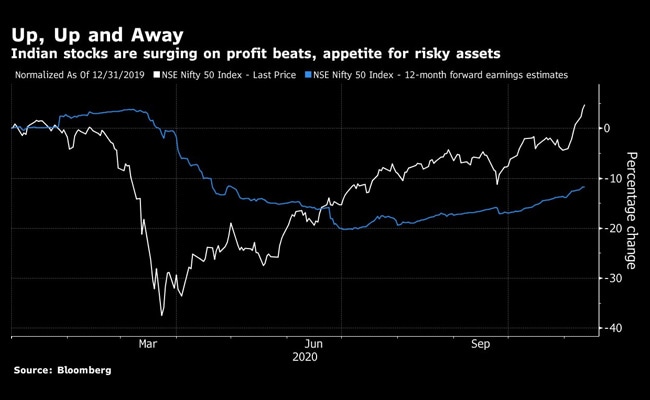 "The worst seems to be over with regards to earnings for corporate India," said Abhimanyu Sofat, head of research at IIFL Securities Ltd. "Companies are cutting costs, discretionary spending has rebounded, and a broad-based recovery is driving markets."

India's emergence from the world's biggest lockdown triggered a revival in demand, even as Asia's third-largest economy may contract this year for the first time in about four decades. A combination of better-than-expected earnings, completion of US presidential voting and progress toward a Covid-19 vaccine helped propel the Nifty 50 index to new highs for the first three days this week.

Earnings estimates for the Nifty 50 members have climbed by about 11 per cent from a July low, and the gauge is trading at its highest ever price-to-estimated earnings multiple. Still, analysts expect the index to rise about 8 per cent from Wednesday's close within a year.

While India has the world's second-largest coronavirus case count, new daily infections are less than half the peak in mid-September, according to data from Johns Hopkins University.

Analysts expect banks, among the biggest laggards this year, and IT shares to gain as the economy improves and companies continue to digitize their operations.

The "scope for further rerating remains" for India's top five IT firms, given the demand outlook and potential for companies to adopt cloud storage, Jefferies Financial Group Inc. analysts Akshat Agarwal and Ankur Pant wrote in a note published Sunday.

"Private banks should do well considering the risk-reward as they are still at a significant discount to their highs," said IIFL's Mr Sofat.