MSCI's broadest index of Asia-Pacific shares outside Japan lost 4.1% to its lowest level since early 2019, while Japan's Nikkei dropped 5.3%. 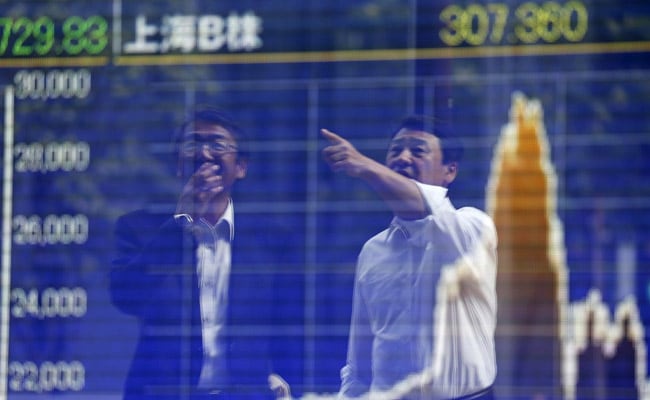 MSCI's broadest index of Asia-Pacific shares outside Japan lost 4.1% to its lowest since early 2019

Global shares crumbled on Thursday after US President Donald Trump stunned investors by announcing a temporary travel ban from Europe in an effort to curb the spread of the coronavirus, threatening more disruptions to businesses and the world economy.

"The travel ban from Europe has definitely taken everyone by surprise," said Khoon Goh, head of Asia Research at ANZ in Singapore.

"Already we know the economic impact is significant, and with this additional measure on top it's just going to multiply the impact across businesses. This is something that markets had not factored in... it's a huge near-term economic cost."

MSCI's broadest index of Asia-Pacific shares outside Japan lost 4.1 per cent to its lowest level since early 2019, while Japan's Nikkei dropped 5.3 per cent.

Australia's benchmark dived 7.4 per cent while South Korea's KOSPI fell 4.6 per cent to a four-and-a-half-year low.

Mr Trump announced on Wednesday the US will suspend all travel from Europe, except from the UK, to the US for 30 days starting on Friday. However, the US President said trade will not be affected by the restrictions.

He also announced some other steps, including instructing the Treasury Department to defer tax payments for entities hit by the virus.

"For those who had been hoping for measures to offset likely fall in consumption, it was a disappointment," said Hirokazu Kabeya, chief global strategist at Daiwa Securities. "There was no talk of payroll tax cuts."

Investors worry whether the stimulus steps can quickly turn around the global economy as concerns grew that the number of infections could quickly snowball in many countries.

"In many European countries, the number of patients are increasing in a track similar to Italy. The US appears to be following that path. It now looks realistic to expect, within 10 days, those countries could have more than ten thousands patients."

Safe-haven assets were back in favour, though many of them were still below recent peaks, which some market players suspect reflects a desperate bout of profit-taking to make up for losses suffered elsewhere.

The 10-year US Treasuries yield fell 8.7 basis points to 0.737 per cent, though it is still more than 40 basis points above a record low of 0.318 per cent touched on Monday. Some analysts say the rise could reflect worries about an increase in government spending for stimulus.

Fed fund rate futures, however, are still pricing in a rate cut of at least 0.75 percentage points and about a 50% chance of a 1.0 percentage point cut at a policy review on March 17-18.

"The initial reaction in financial markets shows that even after Trump spoke investors feel they need to avoid risk" said Junichi Ishikawa, senior currency strategist at IG Securities in Tokyo.

"Trump has outlined what he considered to be tough measures, but movements in stocks, stock futures, and currencies show that this is not enough to ease investors' concerns. We are in a very difficult situation now."

Oil prices extended losses as they were also hit by renewed weakness in the stock market and as Saudi Arabia and the United Arab Emirates announced plans to escalate the burgeoning price war.

US West Texas Intermediate (WTI) crude last traded up slightly at $32.14 per barrel, down 2.5 per cent.

In the currency market, the dollar slid against the safe-haven yen and the Swiss franc.

The euro traded at $1.1321 up 0.5 per cent ahead of the European Central Bank's policy meeting later in the day.

The ECB is all but certain to unveil new stimulus measures, including new, ultra-cheap loans for banks to pass onto small and medium-sized firms.

Markets have priced in a 10 basis point cut to its already record low minus 0.50 per cent policy rate though many policymakers have said further cuts could be counterproductive because they hurt bank margins to the point of thwarting lending.