The country is gradually reopening its economy, but with more than 8,000 new cases per day, it risks a further spread of the pandemic. 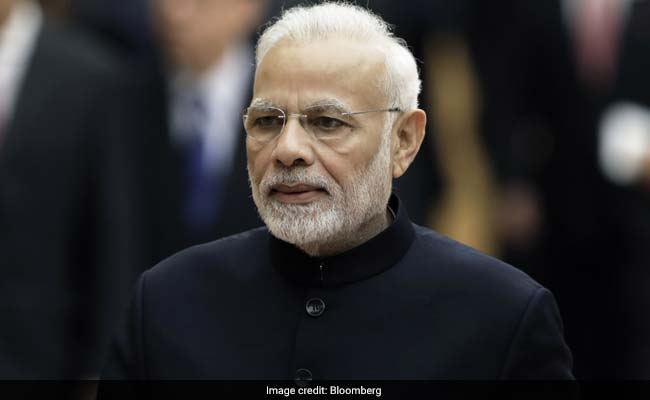 The stock market's honeymoon with Prime Minister Narendra Modi's government is under strain.

In the first year of PM Modi's second term, India has erased more shareholder wealth than any other country on the planet, except Brexit-swayed Britain. That contrasts with his first term of five years, when his reputation as an economic reformer fueled an increase of almost 50 per cent in equity market capitalization.

Today, the economy as well as equity values are sinking. Economic growth slumped to an 11-year low even before the full onset of coronavirus, and Bloomberg Economics projects a 25 per cent contraction in the three months through June. Stock values have shrunk by a quarter, or $543 billion, as India takes a bigger knock than some other countries badly affected by the pandemic, including the US, China and France. 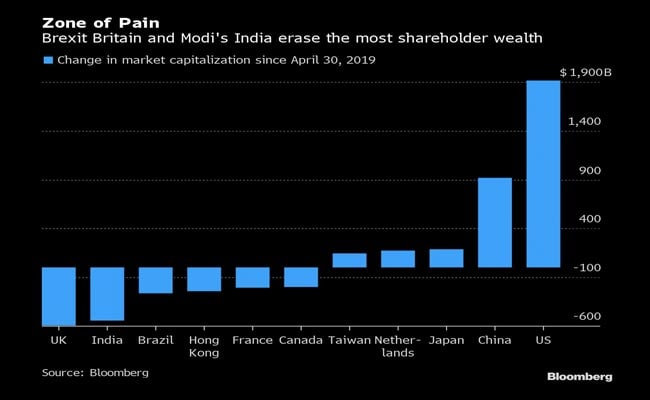 Investors remain concerned about the state of the economy and PM Modi's priorities. His focus has largely been on political issues such as a citizenship bill, a ban on the "triple Talaq" divorce practice among Muslims and revoking Kashmir's autonomy. There's been little success in boosting consumer demand or implementing reforms.

PM Modi swept to power in 2014 as citizens looked for a dynamic leader to revive the economy and reduce corruption. His first term was praised for several reform measures including a new bankruptcy law. The feel-good environment was interrupted by his decision to demonetize high-value currency bills in late 2016, and a messy implementation of a uniform indirect-tax system. 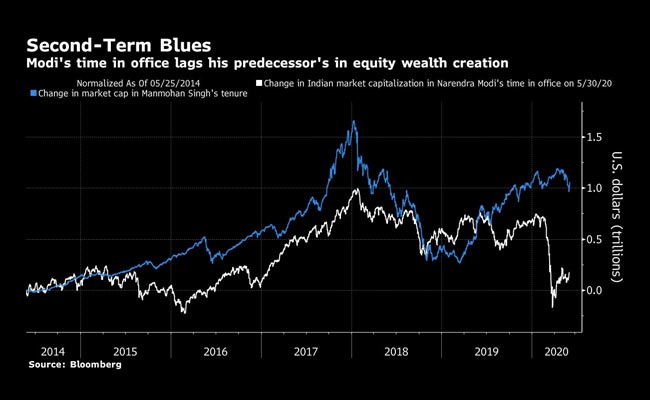 As a result, stock values peaked in early 2018. All told, during PM Modi's six years in office, the country's equity markets added only $178 billion, compared with the $1.06 trillion they amassed in the same period of his predecessor, Manmohan Singh (which included the 2008 financial crisis).

It's not that things have suddenly turned sour because of the coronavirus, though that was a major shock. Indian companies have failed to meet earnings expectations since October 2014, months after PM Modi's ascent to power. Now they are missing forecasts by 23 per cent, after reporting the biggest earnings miss in a decade earlier this year. 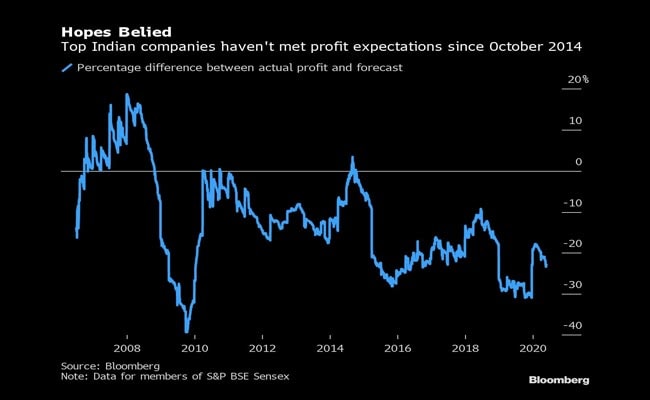 Currency moves have offered little comfort to investors. While the rupee has been little changed in the past year, carry traders witnessed losses thanks to successive interest-rate cuts.

The country is gradually reopening its economy, but with more than 8,000 new cases per day, it risks a further spread of the pandemic. Concerns remain on the economic front: manufacturing lags near record lows and more than 10 crore people have lost their jobs. Farm distress has been deepened by locust attacks, and a banking crisis simmers.

As PM Modi begins his seventh year in office, investors would be hoping he places a sharper focus on the economic agenda and embarks on measures to bring back consumer demand.