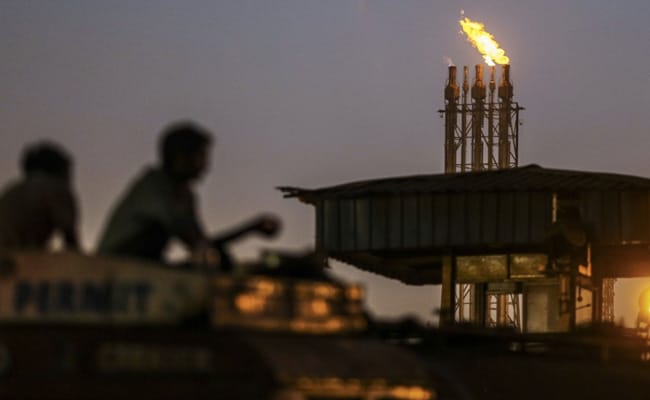 India, China and the US account for about 40% of global oil demand

Oil demand in the world's third-biggest consumer has collapsed by as much as 70 per cent as India endures the planet's largest national lockdown, according to officials at the country's refiners.

The estimate for the current demand loss is a stark reminder of the challenge facing oil producers as they haggle over a deal to cut supply and prop up the global energy industry. Consumption for the entire month could average about 50 per cent below last year's levels but that's based on India's three-week lockdown ending April 15 as planned, according to the officials.

The reduction equates to a staggering 3.1 million barrels a day of lost oil demand, according to data compiled by Bloomberg. To put that in perspective, it means the decline in India alone would eat away a third of the 10 million barrel-a-day supply cut that President Donald Trump last week touted as being under consideration by the world's biggest crude producers in talks due to culminate this week. 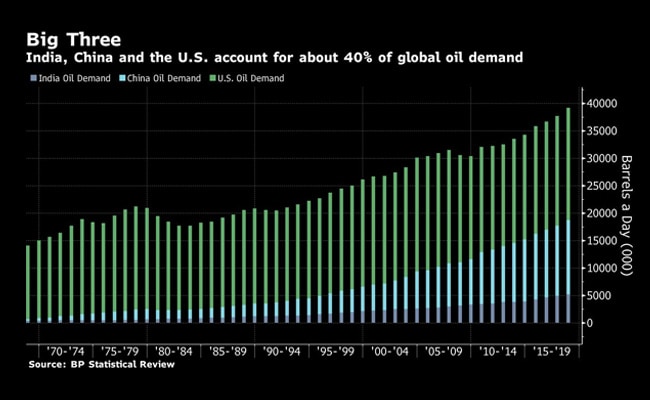 "This is an unprecedented situation, I have neither seen nor heard anything like this in my entire life," said R.S. Sharma, former chairman of Oil & Natural Gas Corporation, India's biggest producer, which also has two refining units. "There's lot of turmoil and things are going to worsen," said Sharma, an oil industry veteran who helmed ONGC during the 2008 financial crisis.

India's March 25 decision to impose a three-week lockdown on its 1.3 billion people was the most far-reaching measure undertaken by any government to curb the spread of the coronavirus. It has helped plunge global energy markets deeper into turmoil just as hopes had started to surface that resurgent Chinese demand could offer some support as the world's biggest consumer emerged from its own lockdown.

"Our demand is running at 30 per cent to 40 per cent of normal, varying from product to product," said Sanjiv Singh, chairman of the biggest state refiner, Indian Oil Corporation. "We will get a boost when things start opening up, but probably not to the pre-Covid level. That may still take some time."

For now, India's streets remain deserted, factories shut and cargo movement has pretty much ground to a halt with transportation of goods by road collapsing to less than 10 per cent of normal levels.

The shutdown is catastrophic for fuel demand. The three state refiners that account for more than 90 per cent of the nation's fuel sales are predicting a decline of about 60 per cent in gasoline consumption in April compared with last year and a 40 per cent slump in diesel use, according to the officials, who asked not to be identified because the information is confidential. They're banking on an improvement in demand in the second half of the month as the lockdown ends.

Optimism that producers are inching closer to a global deal has helped prop up oil prices that collapsed more than 60 per cent since the beginning of the year. The U.S. on Tuesday said its production will drop dramatically in 2020, helping pave the way for Saudi Arabia and Russia to coordinate output cuts at Thursday's virtual OPEC+ meeting. Moscow said Wednesday it is willing to reduce output by 1.6 million barrels a day, or roughly 15 per cent. On Friday, they'll seek cooperation from other nations in a Group of 20 conference.

However, even a cut by 10 million barrels a day may only dent the supply glut caused by the lockdown of billions of people around the world to slow the spread of the virus, which is estimated to have reduced demand by as much as 35 million barrels a day. The destruction of India's oil consumption represents a significant share of that. An additional 4 million barrels a day of price induced shut-ins would still be necessary, Goldman Sachs Group Inc. said on Wednesday.

"India's oil demand is falling off a cliff, as the whole nation has come to a standstill," said Senthil Kumaran, an oil markets consultant at Facts Global Energy. "Demand for key oil products should shrink by 53 per cent year-on-year to just 1.8 million barrels a day in April."

London-based consultant Energy Aspects Limited sees India's total oil demand dropping by at least 1.5 million barrels a day in April, down about 30 per cent from a year ago.

Demand was already suffering before the lockdown as economic activity and travel slowed around the world. Diesel sales by India's three biggest state-run fuel retailers declined by about a quarter in March. Gasoline sales were 17 per cent lower while jet fuel sales plunged by a third as air travel was suspended. The only fuel showing growth was liquefied petroleum gas as people cook more at home.

The collapse has forced refiners to slash operations by as much as half. And as demand has crashed, the government advised them late last month that they could invoke a rarely used legal clause to walk away from contracts to import crude oil.

Indian Oil declared force majeure for some April crude shipments as it slashed processing rates at most of its refineries by as much as 30 per cent. Before this, HPCL and Mangalore Refinery and Petrochemicals sought refuge under the clause as plunging demand filled up storage, while BPCL was said to be considering a similar move.

The steepest declines in demand are expected in the first half of the month and "in all likelihood, some form of social distancing will continue through mid-May, according to our sources, so we assume demand in May will be lower by 10 per cent," Energy Aspects analyst Sandra Octavia said. "We expect April Indian refinery runs to drop by over 40 per cent from the previous month to just 3 million barrels a day."