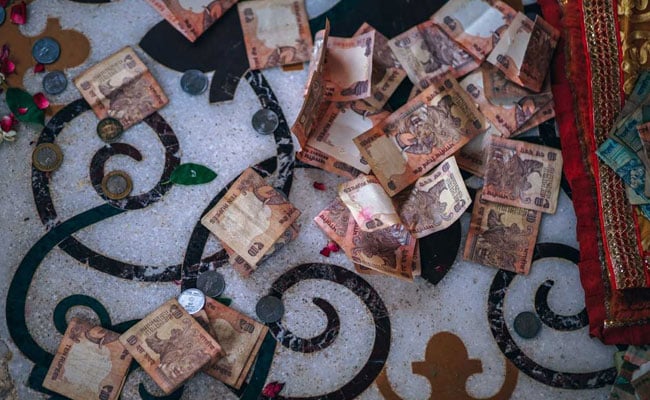 Two-thirds of the 130 crore population live in rural areas, making it a key economic driver.

Consumer spending in the country's rural areas has plummeted to a four-decade low, a leading business daily reported on Friday, bringing more bad news for Prime Minister Narendra Modi's government that is struggling to revive a stuttering economy.

Consumer demand in villages fell 8.8 per cent between July 2017 and June 2018 - the sharpest 12-month drop since 1972-73, the Business Standard reported, using unpublished data recorded by the National Statistical Office (NSO).

Two-thirds of the 130 crore population live in rural areas, making it a key economic driver. But spending on food, education and clothing declined, with demand for essential items such as cereals plunging 20 per cent, the newspaper said.

The report should have been released in June, but was pushed back because of its "adverse" findings, Business Standard said citing sources familiar with the matter.

A government official told AFP the report was not finished.

"The NSO report is still under processing and not validated, and many officials are not privy to the data," said AK Mishra of the ministry of statistics.

The data "can only be confirmed once the ministry publishes the report", Mr Mishra added.

If the findings are confirmed, it would ring yet another alarm bell over Asia's third-largest economy, which has endured five consecutive quarters of slowing growth.

In January, Business Standard reported that unemployment had surged to a four-decade high during PM Modi's first term in power, citing unpublished data from the ministry.

The delay in releasing the jobs report prompted a top government statistician to quit in protest. The report confirming the joblessness data was finally released in May, after PM Modi was re-elected with a thumping majority.

Congress leader Rahul Gandhi attacked the government over the new report, accusing it of trying to bury unflattering data. "Modinomics stinks so bad, the government has to hide its own reports," he tweeted.

To counter the fall in demand for everything from cars to cookies, the central bank has trimmed interest rates five times in a row, but to little effect.

Experts say India's economy has never recovered from PM Modi's surprise cash ban in 2016, which made 86 percent of the currency in circulation void.

The rollout of a nationwide Goods and Services Tax (GST) in July 2017 added to the crisis as businesses struggled to adjust to the new rules, say experts.

In October, market researcher Nielsen said rural consumption had slumped to a seven-year low, highlighting falling income for farmers who are struggling with mounting debt.