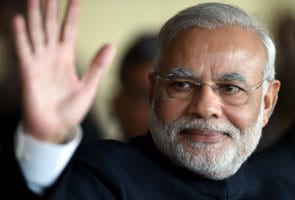 New Delhi: In order to facilitate investments from Japan, the Commerce and Industry Ministry has set up a team called 'Japan Plus' comprising officials of both the governments.

The Department of Industrial Policy & Promotion (DIPP) under the ministry has set up a special management team to facilitate and fast track investment proposals from Japan, an official statement said.

During the recent visit of Prime Minister Narendra Modi to Japan, the country offered to invest $33.5 billion over the next five years by way of public-private partnership and overseas development assistance.

"Japan Plus has been operationalised with effect from October 8, 2014. Japan Plus will be coordinated by Kenichiro Toyofuku from METI (Japan's Ministry of Economy, Trade and Industry) and will comprise of four Indians and two Japanese officials," the statement added.

The mandate of the 'Japan Plus' team runs through the entire spectrum of investment promotion, research, outreach, promotion, facilitation and aftercare.

The team will support the Indian government in initiating, attracting, facilitating, fast tracking and handholding Japanese investments across sectors.

The team will also be responsible for providing updated information on investment opportunities across sectors, in specific projects and in industrial corridors, in particular.

"In addition, the Japan Plus team will identify prospective Japanese companies, including, small and medium enterprises (SMEs) and facilitate their investments in India," it added.

Besides, India has also constituted a core group chaired by Cabinet Secretary on India-Japan Investment Promotion Partnership. This group will comprise of Chairman, Railway Board, Foreign Secretary and Secretaries of DIPP, Revenue, Economic Affairs, Financial Services, Urban Development, Information Technology and others.

Promoted
Listen to the latest songs, only on JioSaavn.com
This group will co-ordinate and closely monitor the process to ensure that investments from Japan as envisaged in India-Japan Investment Promotion Partnership are facilitated in various sectors and opportunities of investment and technology transfer are fully exploited, the statement added.

Japan is the fourth largest FDI contributor to India, with major interests in pharmaceuticals, automobiles and services sectors and accounts for 7.46 per cent of total FDI equity inflows into India.