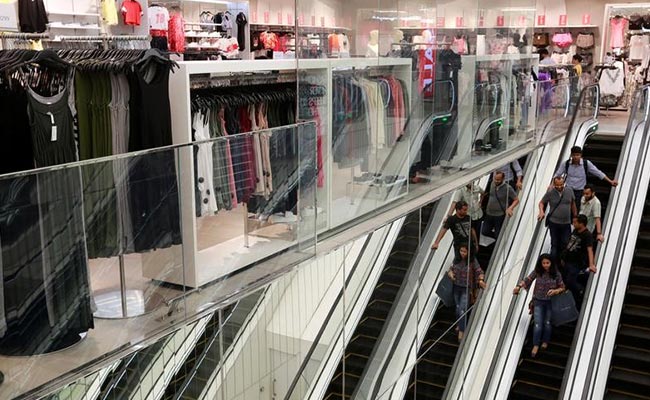 Washington: The IMF today said that India should see its growth picking up this year after two "transitory shocks" - the demonetisation and the GST - while China's growth is likely to fall gradually.

In its G-20 Surveillance Note "Global Prospects and Policy Challenges" ahead of the G-20 Finance Ministers meeting in Argentina next week, the International Monetary Fund said that globally growth is expected to revert to a weaker trend.

In the US, a higher growth is projected amid buoyant external demand and the expected impact of tax changes and higher federal fiscal spending.

In emerging Europe, activity will remain buoyant -- amid strong export demand from the euro area -- and the recovery in Brazil and Russia is expected to firm. However, the outlook is still subdued in commodity exporters -- given the need for continued adjustment to lower prices -- and in the Middle East and Sub-Saharan Africa, driven in part by adverse weather events and civil strife. In South Africa, growth is being held back by the lack of investment, the IMF said.

According to the IMF, one important factor will be the gradual tightening of financial conditions under the baseline. With inflation expected to rise as higher growth reduces residual slack -- including by lowering unemployment where it is still elevated and reducing involuntary part-time work -- monetary policy will gradually normalise, leading long-term interest rates higher.

At the same time, some of the temporary fiscal support underpinning current growth will end. China's economic rebalancing to more sustainable growth will require fiscal policy to consolidate gradually, and the still-needed reduction of credit growth will subtract from private demand.

In the US, some of the current boost in activity will be paid back later in the form of lower growth once the fiscal stimulus moves into reverse and the incentives from investment expensing expire, it said.

The IMF said the recent recovery in investment can add to potential output growth, after downward revisions over the past years. However, medium-term prospects are still held down by a host of factors, it said.

Population aging, insufficient reforms, and the slowed accumulation of human capital will likely continue to weigh on growth prospects, the IMF warned.

The growth rates of potential output and total factor productivity are low and below pre-crisis levels. In addition, the extended period of weak investment in the aftermath of the crisis has left its mark on potential output.

By some measures -- such as patenting -- the rate of innovation has slowed, particularly in advanced countries, reflecting the fading effects of the boom in information and communication technologies in the 1990s. While there are indications that globalisation has strengthened the diffusion of technology across countries, this suggests that productivity growth may remain weak going forward, it said.

In the absence of structural reforms that facilitate adjustment (e.g., re-skilling) and the use of the tax-benefit system to mitigate the divide, this could not only threaten to make growth less inclusive, it could also fuel political discontent that deters reforms and thus undermines potential growth going forward, IMF cautioned.